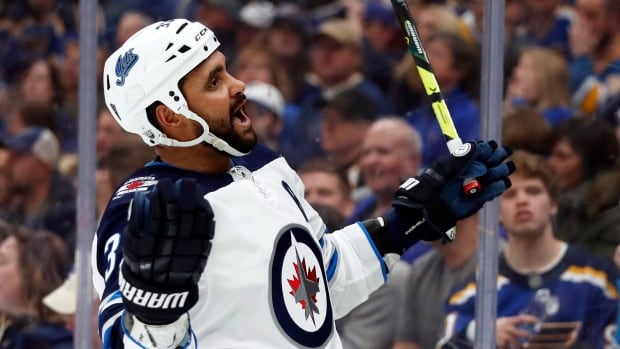 Dustin Byfuglien and the Winnipeg Jets have agreed to terminate his contract, the NHL announced on Friday.

Byfuglien took an indefinite leave of absence in September and was suspended by the Jets for not returning to training camp.

The 35-year-old had ankle surgery in October. The Jets claimed the club was not aware he would undergo surgery.

In February, it was announced he would not return this season. The league has been on pause since mid-March because of the coronavirus pandemic.

The defenceman was under contract for next season with a $7.6 million US cap hit. Byfuglien had 31 points in 42 games last season.