Home  »  News   »   James Favel back as Bear Clan member, running to become part of board of directors 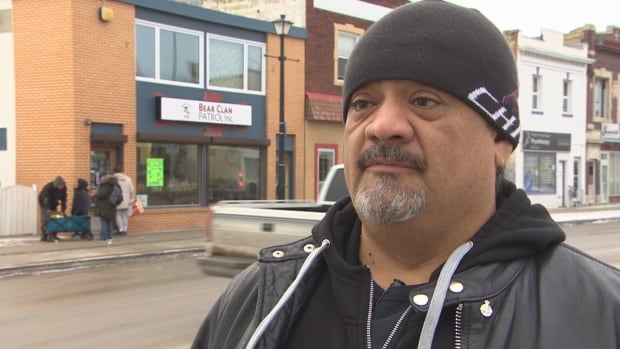 Former Bear Clan Patrol leader James Favel is back as a member of the Winnipeg-based organization, and aims to claim a spot on its board.

“I have been reinstated as a member in good standing and my nomination to the board of directors has been secured,” he told CBC News on Friday.

“I’m just looking forward to getting back to doing the work that I love. We find ourselves now with a new opportunity to regain control of the organization.”

Favel, the former executive director of the non-profit citizen patrol group, was ousted from the organization on July 31 after a dispute with the Bear Clan’s board.

He accused the board of directors of interfering with his running of the day-to-day operations of the organization, which does evening community patrols and delivers food to people in need.

He also said the board members were no longer representative of the community and are serving illegitimately past the expiry of their terms, after they failed to hold an annual general meeting in November.

Board chair Shaneen Robinson-Desjarlais has denied Favel’s allegations. Rather, the board said Favel was dismissed because of a complaint from his office manager.

Not reinstated as exec director

“This has been an ongoing battle,” Favel said Friday. “The things that they have been accusing me of were not real. And it was very unfortunate that they took that track.

“When all this first came out, I felt crushed. I was hurt. I had invested my entire life in this and to have them come and say ‘you can’t even represent Bear Clan anymore,’ they were trying to take away my identity.”

Tamara Bodi, a spokesperson for the board, confirmed that Favel was granted membership back into the organization, and that he has submitted his nomination papers for election to its volunteer board of directors.

But Favel hasn’t been reinstated as the executive director, which is a paid position, said she via email.

The election of board members will take place at the Bear Clan’s annual general meeting on Sept. 29.

“All current members are eligible to register to participate and vote in the AGM, and planning is well underway to ensure all members are able to do so,” Bodi said.

Early Friday, Favel posted on Twitter that his membership in the group, which he helped revive in 2014 after it had gone dormant for years, has been reinstated.

That comes after interventions from a lawyer who helped “push them back and back them down,” Favel said, also citing help from an online petition that had collected more than 3,800 names as of Friday.

“It’s been a stressful past few months, but yesterday was a big day for me,” Favel posted on Twitter.

“Personally, from the bottom of my heart, I want to thank everyone who has supported me from the inception of Bear Clan right up to the present moment.

“It was because of your constant support, strength and encouragement that I have had the courage to stand up and fight for the organization that I love and that I wish to continue to serve with all of my heart.”