Home  »  News   »   ‘I’ve never struggled so much’: After surgery, layoff, Winnipeg hairdresser finds out she has to repay CERB

When Michelle Ducharme had knee surgery in February, she had no idea how much it would impact her livelihood.

The Winnipeg hairstylist went back to work at a salon in the city’s Linden Woods area in March, but was laid off just eight days later because of the novel coronavirus pandemic.

Ducharme had been on employment insurance for about a month while she was recovering from the surgery. When she was laid off in March, she had to reopen her claim with Service Canada because she hadn’t used up all of the 32 weeks of benefits she was entitled to.

It took until May 27 to process that request.

“I have never felt so poor, so broke in my life,” she said. “I got absolutely nothing.”

In the weeks she was waiting, the 29-year-old says she never received any updates from Service Canada about the status of her EI claim. So she made an application in April through the Canada Revenue Agency for the Canada emergency response benefit (CERB).

She also tried to cut back on as many expenses as possible, even deferring car payments and altering her phone plan, but nothing seemed to make a difference.

Making matters worse, once her EI claim was finally approved, she learned she had to pay back the money she got through CERB.

“It definitely made my anxiety worse because I needed groceries, I needed to pay for bills and stuff, and I had to borrow money,” from family, she said.

WATCH | Michelle Ducharme on being broke during the pandemic: 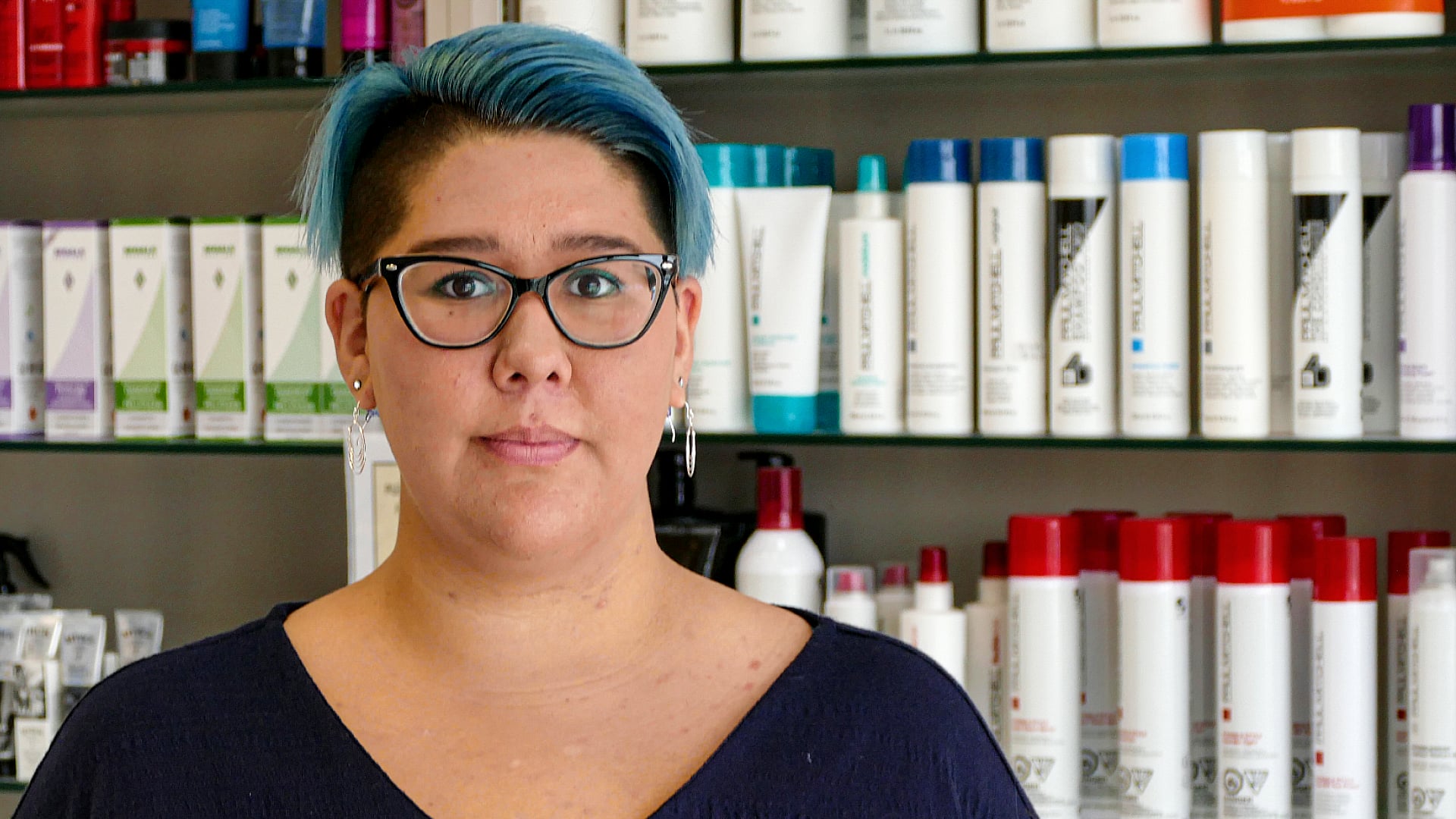 Michelle Ducharme returned to work after surgery and was laid off eight days later because of the pandemic. Since then, she’s been struggling to pay her bills. 2:07

Ducharme says her colleagues at the salon who were also laid off applied for, and were quickly granted, CERB, getting roughly $4,000 over a two-month period.

“It’s not fair that I got no extra help while everybody else did.”

The CERB has now been replaced by other benefits for workers who don’t qualify for EI.

While it was offered, Canadians could only apply for CERB through either Service Canada or the Canada Revenue Agency, not both, says Isabelle Maheu, a federal government spokesperson.

“While there is no penalty for Canadians if they have received a payment in error, they will have to repay the CERB benefits for which they are not entitled,” she wrote in an email.

People like Ducharme who applied for CERB in error need to pay it back before the end of the year to ensure tax slips aren’t issued improperly, the government says.

Ducharme has been back at work since June, but business is slow because many of her clients are seniors who are immunocompromised.

“A lot of people aren’t coming in.… People are nervous to go out in general. If they don’t have to go out, they don’t,” she said.

Although she’s picking up shifts, they sometimes get cut down if there aren’t enough appointments.

“It’s a lot different from how it was last year. Moving into the holiday months, we don’t know if we’ll get that rush or not, because we didn’t get our back-to-school rush like we normally do,” Ducharme said.

When she’s waiting for walk-ins or appointments, she spends her time sanitizing surfaces, cleaning her tools and reorganizing products for sale, but there’s only so much of that she can do in a day.

So far, she’s not making not enough to live on and pay back the $2,000 she still owes the government. Meanwhile, her last EI payment arrived at the beginning of October.

“It’s scary. I don’t really know what to do and how to feel. I know that it brings up the anxiety a lot.”

“Even now, I’ve never struggled so much…. Because of the fact that I’m not guaranteed hours, I don’t know what my pay cheques are going to be,” she said.

“I don’t know what I’m going to do come November.”

This story is part of The Cost of COVID-19. It was possible in part thanks to Manitobans who filled out CBC’s survey about financial impact of the pandemic. In it, we asked Manitobans to share their top concerns and questions about the personal economic impact of COVID-19. Have a story idea? Email Rachel Bergen.