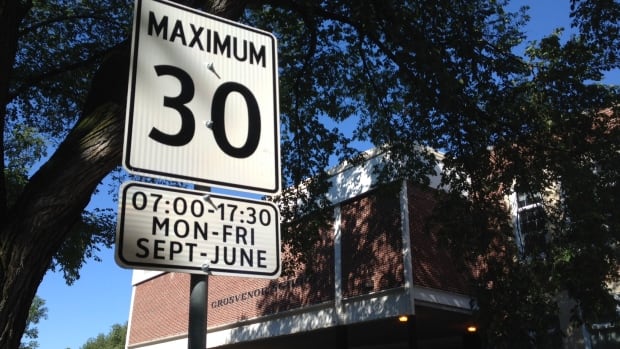 The return to classes in Manitoba is still a week away, but it’s time right now for drivers to re-educate themselves on speed limits around schools.

As of Tuesday morning, speed limits in school zones are 30 kilometres per hour.

In Winnipeg, the reduced limits are in effect from 7 a.m. to 5:30 p.m. Monday to Friday, and will remain that way until the end of June. In Brandon, the hours are 8 a.m. to 5 p.m. The times they are in effect in other Manitoba communities are posted on school zone signs, or they are in effect 24 hours a day.

It is also illegal to pass another moving vehicle in a school area within 15 minutes of either the opening or closing of classes or any time when children are on the school grounds or near the road.

Drivers who break the law could see a significant fine and a drop of two levels in the Driver Safety Rating (DSR) scale, which means paying more for their licence.

The City of Winnipeg website has a complete list of all streets where its school zone speed limits are in effect.