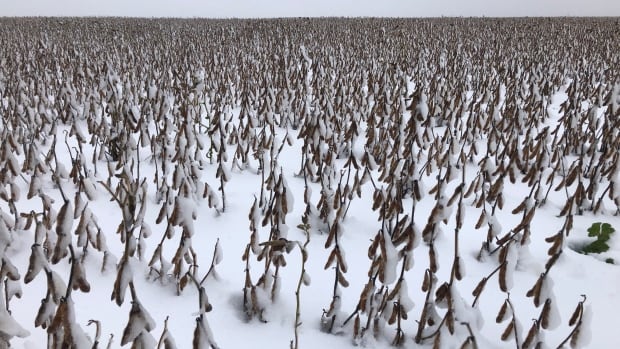 After 40 years of farming, Andrew Saramaga is experiencing a first — he’s harvesting in January.

He’s not alone. After dealing with a year of extreme weather, some other Manitoba farmers are harvesting their crops this month. Saramaga said there’s also harvesting being done in Saskatchewan and Alberta.

He said his farm just finished harvesting its last bundle of corn — a crop which is normally harvested in late summer or early fall.

“Conditions weren’t right [then] for us to be harvesting it, so we had to delay harvest until now,” Saramaga said.

Those conditions include the wettest September in Manitoba’s history, and a massive October snowstorm that slammed the province.

On the positive side, the cold and snow do not appear to be affecting the corn crop, he said.

“In terms of the corn quality, it’s pretty hardy and it can withstand different moistures,” Saramaga said. “It’s just a different handling process than we’re normally used to.”

Moving forward, the grain farmer said he’s hopeful for the next season.

“That’s all you can do. You just work with what’s given to you and do the best you can with the situation you’re dealt.”