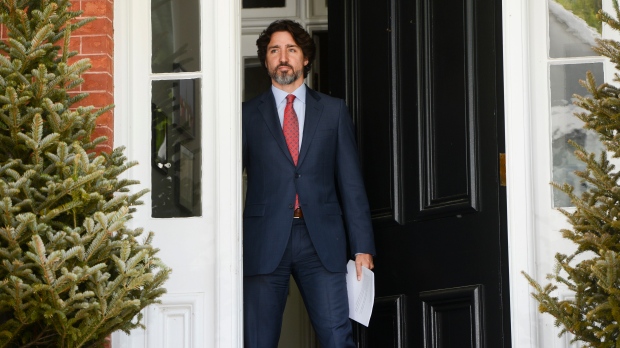 OTTAWA — On the eve of a vote to determine which two countries will secure sought-after seats on the United Nations Security Council, Prime Minister Justin Trudeau made his 61st phone call to a world leader since the day he entered self-isolation amid the COVID-19 pandemic.

While not every call was necessarily made in the pursuit of currying favour from the 193 countries deciding the fate of Canada’s Security Council bid, former foreign affairs minister John Manley says it definitely wouldn’t hurt.

“You can’t overlook anybody, because those votes will all count,” explained Manley.

“Given the amount we’ve staked on this, I wouldn’t be surprised if he’s redoubling efforts, given that he has time, and given that there are other subjects to talk about, to try to push for that support.”

The Security Council vote will take place Wednesday in New York City, with Foreign Affairs Minister Francois-Philippe Champagne casting Canada’s vote around noon. The winners will need to win the support of two-thirds of the voting countries, or 129 votes each.

If that doesn’t happen on the first ballot, the voting will start up all over again on Thursday until the two victors are crowned.

“As I’ve said from the beginning, getting a seat on the UN Security Council for Canada is not an end in itself. It’s a means to an end, it’s a way for Canada to continue to be influential and have an impact in multilateralism and around the world,” Trudeau said, speaking from the front steps of Rideau Cottage on Tuesday.

Over recent months, Trudeau has held calls with multiple African nations, Middle Eastern countries and others in Central and South America. While it’s possible the calls were made to discuss the COVID-19 pandemic or other ongoing international issues, Manley said it’s “likely” that the security council election is being worked into those conversations.

That personal touch could make all the difference in a race that’s sure to be a “nail biter,” according to Ben Rowswell, a former diplomat and head of the Canadian International Council.

“In a campaign that we’re seeking to win, you’d really want the prime minister to be the person making the pitch for the largest number of countries possible,” Rowswell said.

Canada is up against Norway and Ireland for the seats, and with Norway’s track record of overseas development assistance, Rowswell said the odds are very good that the Nordic country will secure one of the two seats.

“I suspect that Canada will come [out] with the second largest number of votes, and therefore win one of the two seats. But I do think it’s going to be a very closely called election,” Rowswell said.

This is Canada’s second attempt at securing a seat at that Security Council since its last successful bid in 1999-2000, after then-prime minister Stephen Harper’s government lost its campaign in 2010.

The personal touch that Trudeau has taken to the race was missing during Canada’s last bid, Rowswell said, as then-prime minister Stephen Harper wasn’t keen on devoting his time to picking up the phone and massaging international egos in an effort to secure the seat –resulting in Canada losing to powerhouse contender Germany and the much smaller Portugal.

Canada’s 2010 loss raises the stakes in the current race against Norway and Ireland for a seat at this powerful table, according to Manley.

“To lose to Portugal? That was tough,” Manley said.

“You realize that this is no longer — we are no longer held in the same regard by countries around the world as we once were.”

According to Manley, Canada is lonelier than it once was. The extent of that loneliness might be thrust in our face, depending on the result of the UN Security Council vote.

“Let’s face it, we haven’t spent a lot of time and effort the last number of years on Africa. We’re clearly not in the Chinese or Russian orbits, the U.S. is not likely to be of any help to us. We are, we seem to be trying to warm up with Saudi Arabia, but our Middle Eastern relationships have been challenged as well, so it’s sometimes a problem of not, you know, where are your friends and are they going to show up for you,” Manley said.

“We’re not the country that everybody loves that we used to be.”

Manley said that Canada can expect countries from the European Union to vote in favour of Norway or Ireland. With Canada’s spats with Saudi Arabia, China, and the traditionally helpful Australia, which Manley said was offended during TPP negotiations, he said it will be “a very tough one for us to win.”

While Rowswell has a slightly more optimistic prediction for tomorrow’s vote, arguing that Canada and Norway will respectively secure the two seats, he agreed with Manley that the result could be an indicator of Canada’s place in the world.

“If we were to lose twice in two successive decades with two different political parties, that could really be quite an indictment of Canada’s role in the world,” Rowswell said.

Still, both experts believe that Canada was right to pursue the seat, whatever outcome tomorrow might bring. Manley said that Canada should aim to serve on the Security Council once every decade, and up until 2010, Canada had attained that quota.

“Frankly, we should be at as many tables of the powerful as possible so that we’ve got leverage with powerful countries,” Rowswell said.

Manley cautioned that Canada’s bid was somewhat rushed this time around, however, as he said such campaigns are usually launched a decade in advance — and Trudeau’s pursuit started when he was elected in 2015.

“If we lose tomorrow, I think we should decide to pick ourselves up and dust ourselves off and start over again. But let’s pick the year, and let’s be strategic from day one about it,” Manley said.

Come what may, Rowswell said tomorrow’s vote will be one to watch.

“It’s definitely a nail biter, because it’s sort of down to the wire, and this government, for better for worse, has staked a lot of our national pride on it.”