Home  »  News   »   ‘It can happen to anybody’: World Refugee Day celebrates strength and resilience of people forced to leave home 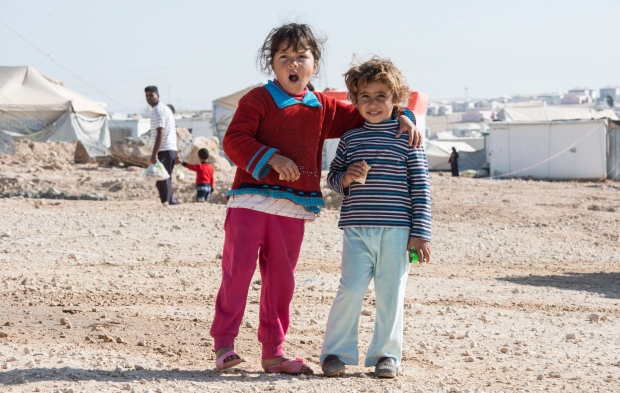 WINNIPEG — On Saturday, Canadians and people around the globe will be celebrating World Refugee Day.

Valerie Cavers with Mosaic Newcomer Family Resource Network explained what the day is all about.

“This is a day where we take a moment to reflect on the strength and resilience of people who have been forced to leave their homes and to make perilous journeys across the world to resettle and start their lives somewhere else,” said Cavers.

She said there are many of these people in Canada and Winnipeg, adding that one per cent of the world’s population have been forced to leave their homes.

Cavers added with everything going on in the world right now, it is important to recognize the struggles of others.

“It’s a chance to take a look at that and reflect on our own privilege and understand the plight of others and to reach out and hopefully get involved in helping.”

Cavers said what people must understand is it isn’t anyone’s goal to be a refugee and people don’t choose to become a refugee.

“It happens. It can happen to anybody. It happened. It’s outside of people’s control. People aren’t leaving because they want to,” she said. “Imagine giving up all of your belongings and your house and your familiarity and being forced to restart your life somewhere that is entirely different.”

She added that people who haven’t experienced situations like this can only try to understand what they go through.

Azarias Mmumvaneza immigrated to Canada in 2007 as a refugee from Rwanda.

He escaped the country in 1994, heading to the Democratic Republic of Congo, then to Tanzania, and then to Kenya, where he lived in a refugee camp for ten years.

In that refugee camp, he was a high school principal.

“For example, I can mention we were fetching water on a community tap, and the tap could dry before everyone got water,” he said. “I watched people fight over a jug of water to the extent of killing.”

After completing college and English classes, Mmumvaneza got a job at New Journey Housing.

“I really love my job. I help newcomers, and I teach them about renting in Manitoba, buying a house and money management,” Mmumvaneza said.

To Mmumvaneza, World Refugee Day is an important day of reflection and celebration.

“World Refugee Day means that it’s a day to commemorate the strength, courage and resilience of millions of refugees around the world,” he said.

DEALING WITH COVID-19 AS A REFUGEE

Cavers said with the current COVID-19 pandemic ongoing throughout the world, it can make it difficult for many refugees.

“I think first of all, many refugees are living in refugee camps. Substandard conditions without proper hygiene.”

She added for refugees living in Canada and Winnipeg they have still been impacted more.

“It’s no secret that marginalized communities have been impacted by COVID-19 then mainstream communities.”

For those who are looking to mark World Refugee Day, Cavers said there will be several virtual celebrations held by refugee organizations not only in Winnipeg but throughout the country.