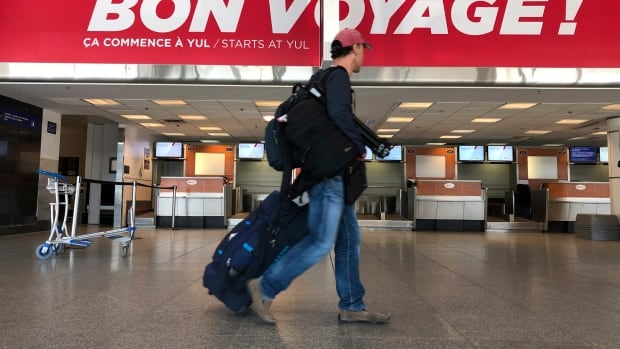 Multiple Transport Canada employees violated the government’s code of values and ethics by sending emails containing racist and violent language at work more than a decade ago, a Transport Canada investigation has concluded.

The email contained a link to an offensive parody song called “Strangers on my Flight,” set to the tune of a Frank Sinatra number. The spoof features derogatory lyrics based on racial stereotypes about travellers wearing turbans. The lyrics also talk about harming travellers with baseball bats.

The ten Transport Canada employees who shared the email worked in aviation safety — the section of Transport Canada that oversees the enforcement of Canada’s no-fly list with airlines. The program has been criticized for mistakenly flagging some Canadians — including children — as security risks because of their names.

Transport Canada’s integrity office acknowledges that while it initially launched two investigations that touched on the email, it did “not fully investigate” the email itself.

It wasn’t until after CBC News published a story in December 2019 about the email that Minister of Transport Marc Garneau ordered the department to launch a third investigation. That probe found multiple breaches of the government’s values and ethics code and the department’s policy on the use of electronic networks.

“In retrospect, this was an error, which has been corrected with this latest investigation,” said Transport Canada in a statement. “Transport Canada and the federal public service at large do not tolerate racism or discrimination in any form.”

‘This incident is not who we are’

CBC News originally reported on an email that listed Mark Haynes as the sender. He was working in the Aviation Security Office at Pearson International Airport in 2008, at the time of the email incident, and later served as the Transport Canada manager at the Ottawa International Airport. In 2018, he went on secondment with Global Affairs Canada as a senior liaison officer in Zambia.

“THIS IS GREAT!!!!!!!!!!!” said the email, which linked to a video of the derogatory song. “They should play this nonstop at all airports.”

When contacted by CBC, Haynes referred to the email as “alleged” but didn’t deny authoring it, confirmed he was part of an investigation and said he was not subjected to any disciplinary measures.

Haynes has not responded to CBC’s latest request for an interview.

Michael Keenan, Transport Canada’s deputy minister, sent a note to all Transport Canada staff last week with the results of the latest investigation. He told employees that, although the email is a decade old, there are no time limits on efforts to address such behaviour in the public service.

“This incident is not who we are,” Keenan said in the note. He added that Transport Canada’s human resources section is reviewing options for disciplinary measures for the six employees still with the department who sent the email.

“It is never acceptable,” wrote Keenan. “Sending of these emails is a violation of our Code of Values and Ethics for the Public Sector and the Policy on the Use of Electronic Networks.”

The emails had been sent between 2006 and 2010 using employee work accounts and on Transport Canada’s network, which is considered an “unacceptable use of Government of Canada electronic networks and devices,” says a summary of the investigation report released publicly.

Keenan told staff they have a responsibility to speak up if they witness inappropriate behaviour in the workplace.

“This is an opportunity to learn from the mistakes from our past and build a better present and future workplace for all employees,” he wrote.

‘This is part of what makes it systemic racism’

Renee Soeterik said that’s exactly what she did — and she claims it ruined her career.

Soeterik said this case is the definition of systemic racism and claims Transport Canada covered up the offensive email. 0:40

Soeterik said she received the email from Haynes in 2008, along with other employees and managers. She claims she spent years bringing it up at meetings and retreats, only to be labelled a troublemaker and to be ostracized and sexually harassed on the job.

Soeterik said she left the public service because her workplace had become toxic. Haynes, meanwhile, moved on to a new posting abroad to improve women’s participation in international peacekeeping operations, according to his LinkedIn profile.

“Shame on them,” said Soeterik. “This is part of what makes it systemic racism. It’s the cover-up.

“I’ve been fighting for this to come to light for the better part of 12 years. I think it’s a national tragedy that it takes media exposure for the government to do things right. That’s terrible.”

An ‘important point of context’

Transport Canada flagged what it called an “important point of context” in its report on the eight-month long investigation, which involved interviewing more than 30 current and former employees, conducting a forensic review of the email system and examining documentation.

The department noted that when the email was sent in 2008, the workplace environment at the Aviation Security Office at Pearson International Airport (PIA) was dealing with “significant interpersonal conflicts and problems.” There were a number of complaints and grievances involving employees targeting one another.

“… staff who worked there in 2008 described the PIA office at the time as being a dysfunctional work environment with workplace cliques where a few individuals created a climate of intimidation, fear and dissension among coworkers,” reads the report.

The investigation did not find evidence to substantiate Soeterik’s claim that she raised the issue a decade ago. Management first became aware of the email in 2017 when it was given a hard copy during a broad investigation to resolve ongoing workplace problems, according to the report. But no action was taken.

“Given the large number of conflicting allegations being made, and the extensive corrective management actions that were underway, no additional action with respect to the email was taken,” reads the report.

In 2018, another hard copy of the email was given to Transport Canada by Amnesty International on behalf of families who were fighting to fix Canada’s no-fly list because their children were being unfairly targeted by it. Martin Rubeinstein, the former senior integrity officer of Transport Canada, was tasked with investigating.

He did a “brief review” and concluded Haynes had no influence over the no-fly list because Public Safety Canada decides whose name goes on it. But the department didn’t deploy any disciplinary measures — or investigate how many people sent emails containing the racist lyrics — until CBC’s story sparked the third investigation. Rubeinstein now works for Immigration, Refugees and Citizenship Canada, according to LinkedIn.

“In retrospect, the email could have been investigated more thoroughly when raised in 2017 or late 2018,” says the investigation report.

The report recommends that the department’s deputy minister take appropriate action and remind staff the department does not tolerate discriminatory behaviour in the workplace.

Ruby Alvi’s three sons have been erroneously included on the no-fly list. She’s been part of a group of families working with Transport Canada on a redress system and said it’s disappointing this email wasn’t taken seriously years ago.

Adam Ahmed has been on Canada’s no-fly list since he was a child and is disappointed Transport Canada took so long to thoroughly investigate a racist email sent at the office. 0:30

“It’s really disheartening,” said Alvi. “I feel like I’ve lost some hope about who we are working with to find a solution.”

She said she wants to know what Transport Canada is going to do about the systemic racism that exists at all levels of the department.

“However the story came out, it’s loud and clear — they need to fix this so the public can trust them again, especially with sensitive issues like security,” she said. “I mean, these are people who oversee security and the list my kids are on.”

Her son Adam Ahmed, 22, has been on the no-fly list since birth due to a government error. He said he doesn’t understand why it took the government so long to take action on the email.

“It’s quite ridiculous,” said Ahmed. “This stuff shouldn’t take a long time to deal with. It should be done swiftly.”

Families with children on the no-fly list said they received an apology from Transport Canada last week. But they want assurances the six people who shared the racist email will not be working on a redress system for their families.

Transport Canada did not release the names of the other individuals who violated the government’s code of conduct and is currently reviewing further action.