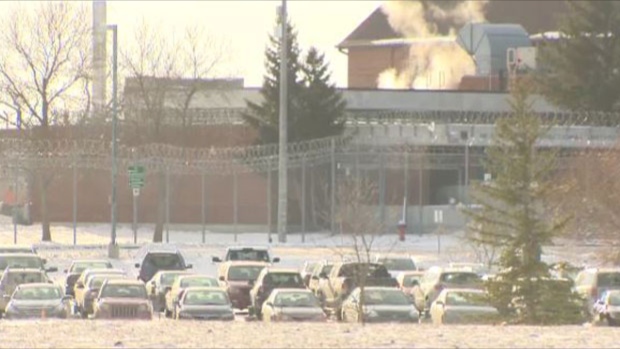 WINNIPEG — There was a brief manhunt Saturday night after an inmate escaped from the Headingley Correctional Centre.

Manitoba RCMP said officers responded to the jail after a report of a prison escape in progress at 10:25 p.m.

RCMP said a 39-year-old man attempted to escape from the jail but was caught by correctional officers.

During the incident, RCMP said a second man escaped and was able to swim across the Assiniboine River.

RCMP units from Headingley, Stonewall, and Portage la Prairie were called in to help along with Police Dog Services and Traffic Services. The Winnipeg Police Service was also called in, including the K9 unit and Air1.

RCMP said road blocks were set up and the inmate was found by the RCMP Police Dog Services, with the help of Air1. The prisoner was found hiding in a truck in the town of Old Headingley.

The 23-year-old inmate was arrested and taken to hospital with minor injuries. No officers were injured.