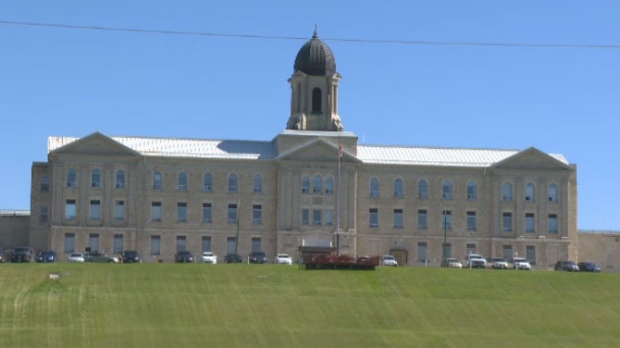 WINNIPEG — Police have charged an inmate at the Stony Mountain Institution with attempted murder after a correctional officer was assaulted back in April.

The incident took place on April 15, 2020, when according to RCMP, the inmate assaulted the correctional officer with a weapon. The officer was taken to hospital, treated and released.

At the time, Mounties worked with staff at the facility to secure the scene and ensure everyone’s safety.

The major crimes unit investigated, and on Aug. 18 charged Mahad Mohammed Diblawe with attempted murder, aggravated assault and assault with a weapon. None of these charges have been proven in court.

Diblawe is in custody and appeared in provincial court on Aug. 19.

CTV News Winnipeg previously reported that on April 15 an inmate at the Stony Mountain Institution slashed a correctional officer in the throat.

James Bloomfield, Prairies regional president of the Union of Canadian Correctional Officers, said at the time of the attack the inmate was in the Structured Intervention Unit. He said this is where they place people with problematic behaviours.

“This is an area that we’ve had serious problems with and serious concerns with,” he said.

Bloomfield noted the inmate was in this unit because of “serious behavioural issues, threats toward staff.”