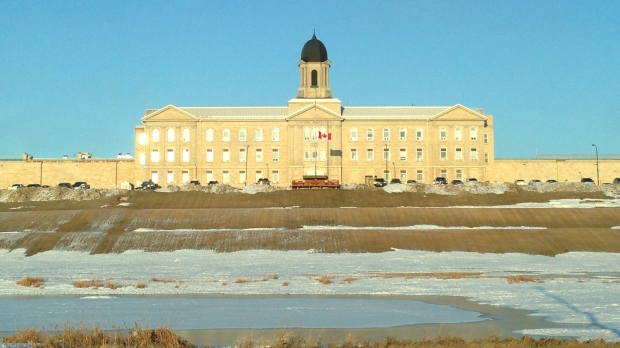 WINNIPEG — An inmate at the Stony Mountain Institution slashed a corrections officer in the throat on Wednesday, the Union of Canadian Correctional Officers confirmed to CTV News on Thursday.

The officer was airlifted to a hospital on Wednesday evening, according to STARS Air Ambulance.

The officer is in stable condition and recovering at home.

James Bloomfield, Prairies regional president of the union, said the prison is shut down at the site the incident took place and staff are going through the procedures to get things to open again.

“We have a lot of staff that need to be taken care of,” he said, noting this causes a lot of stress to the staff across the entire institution.

“As you could imagine watching someone beside you go through a trauma like that is going to dramatically affect you.”

Bloomfield said the inmate was in the Structured Intervention Unit (SIU), noting it’s where they put people with problematic behaviours.

“This is an area that we’ve had serious problems with and serious concerns with,” he said.

Bloomfield noted the inmate was in this unit due to “serious behavioural issues, threats toward staff. He’s actually been given more time for threatening staff in another province.”

He said the inmate in question had also assaulted staff a week prior to the incident.

“The inmate was being asked to go and lock up as per normal routine and he just attacked the officer.”

The correctional officer has not been identified at this time.

RCMP and the institution are investigating the incident.