WINNIPEG — The deaths of 22 people in multiple shootings in Nova Scotia a week ago has prompted people across the country, including here in Manitoba, to take a moment to pay tribute to the lives lost.

Mayor Brian Bowman encouraged Manitobans to wear red on Friday in tribute, and many answered the call, including the Winnipeg Police Service. 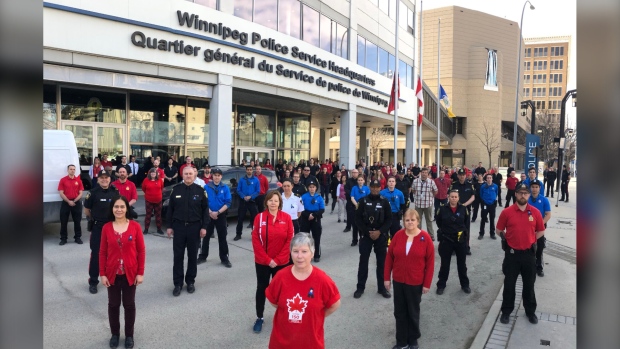 “Sworn & non-sworn members from across the Service paused for two minutes at 12 noon today to honour the passing of all victims of last weekend’s tragedy in Nova Scotia, including @RCMPNS Cst. Heidi Stevenson,” the division wrote on Twitter.

RCMP in Churchill also took a moment of silence on Friday to pay tribute. 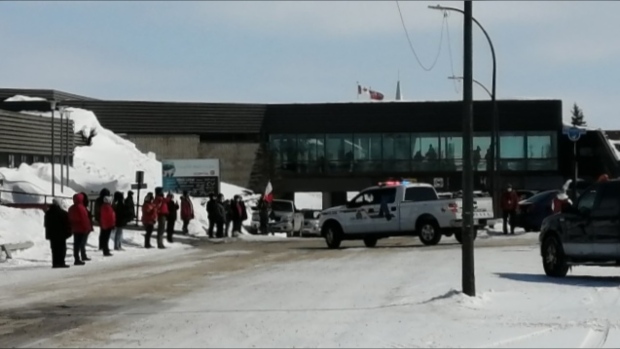 Earlier this week, the Nova Scotia flag was seen flying at the Memorial Garden at the Manitoba Legislature. 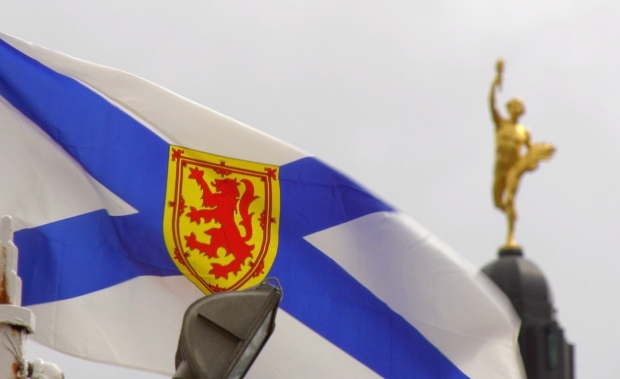 Manitoba residents have also shown their support, sharing signs on their streets, in their windows, or at their businesses. 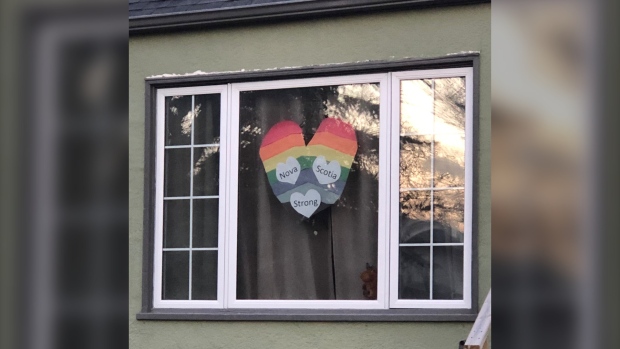 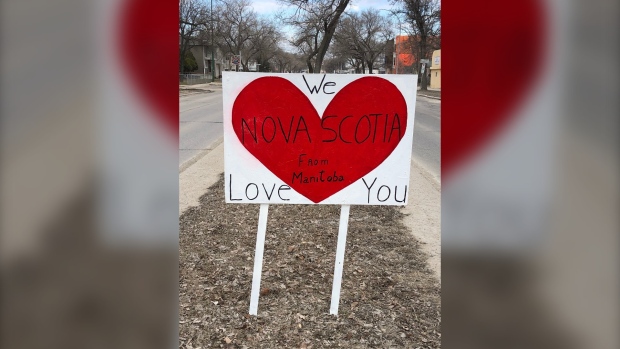 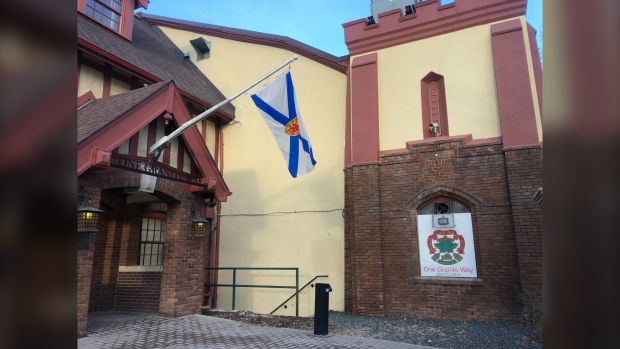 A Nova Scotia flag hangs outside the Granite Curling Club to pay tribute to the victims of the Nova Scotia shootings (CTV News Photo Alex Brown).