WINNIPEG — Traffic on Portage Avenue was briefly congested Tuesday morning as a crane was called in to help move a piece of heavy equipment that had fallen off of a trailer.

Winnipeg police were called to westbound Portage Avenue near Hargrave Street for reports of a load falling off of a trailer shortly after 8 a.m. 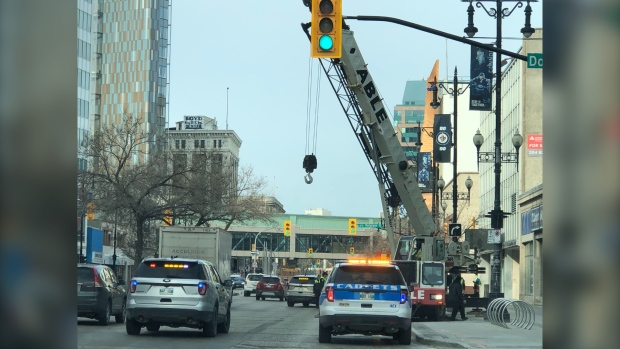 (A piece of heavy machinery that fell off of a trailer briefly ties up traffic on westbound Portage Avenue near Hargrave Street Tuesday morning. CTV Photo Alex Brown)

Portage Avenue was down to one lane as a crane was called in to lift the equipment onto the trailer. Cadets assisted with traffic control while crews worked. 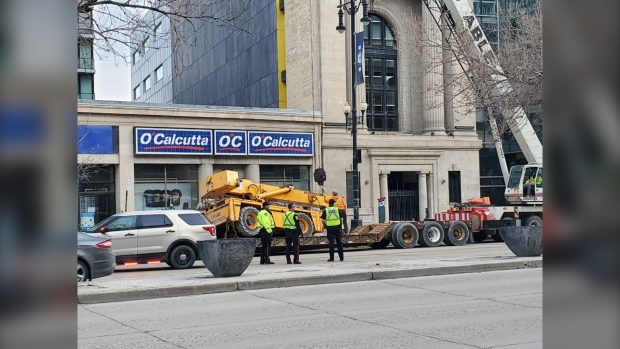 All lanes were moving by 9 a.m.

-with files from CTV’s Alex Brown 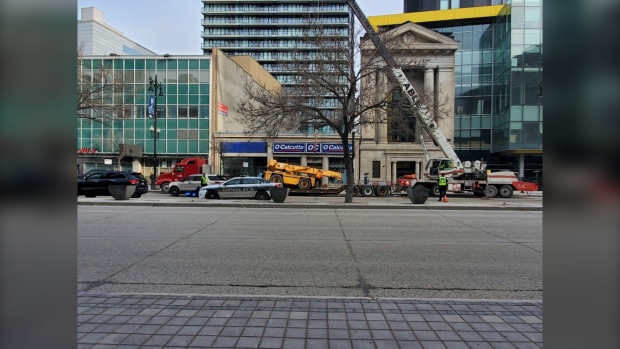