WINNIPEG — Firefighters and emergency responders in the R.M. of Headingley gave a unique show of support.

The local fire department organized a parade through the community to spread some positivity Sunday afternoon. The parade was called ‘Hugs from Headingley’. 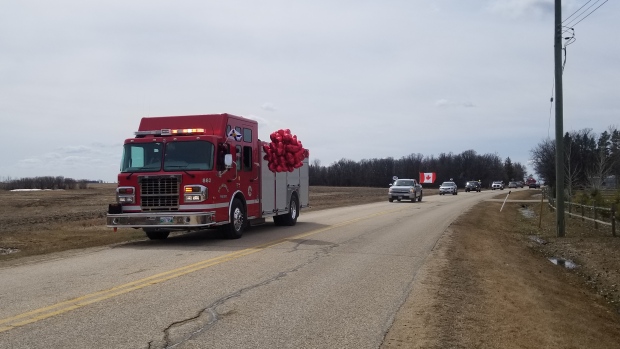 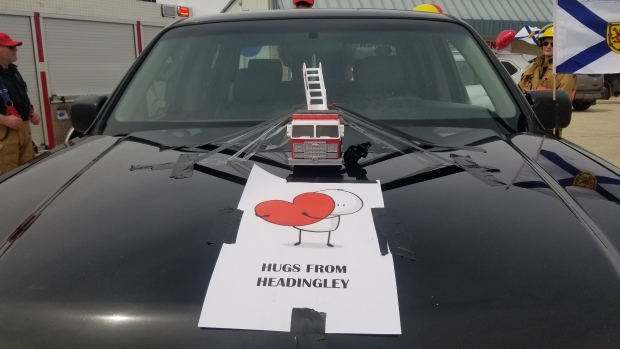 The procession of emergency vehicles, along with other vehicles from the community, made its way through the community. The fire department asked people to display signs to show their support.

Organizers of ‘Hugs from Headingley’ say the idea was to send hugs to people across the country during these tough times. 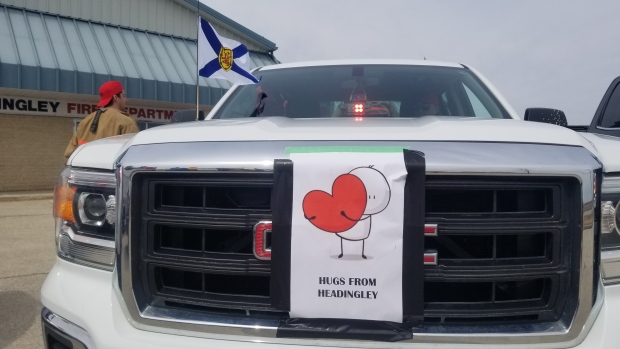 “A virtual hug you can send to anybody and everybody,” said Headingley Fire Chief Doug Hansen. “So we’re sending it to all the healthcare workers, everybody that basically is affected by this COVID-19 and of course especially the poor people of Nova Scotia.”

This is the second parade held in Headingley. The fire department held a similar parade last weekend to show support for the people of Nova Scotia.