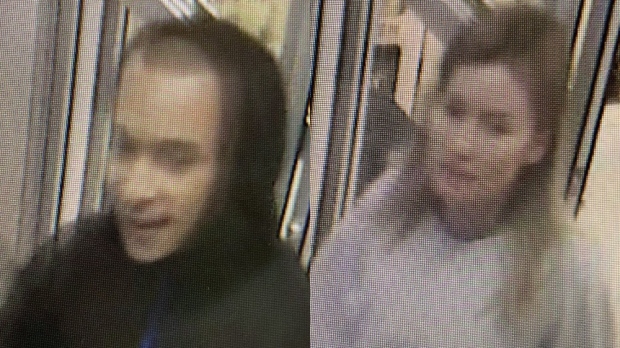 KITCHENER — Police in Guelph say they’re looking to speak with two people after a grocery store clerk was assaulted on Wednesday night.

According to a statement released by police, a customer was waiting in the checkout line of a store near Eramosa Road and Stevenson Street North at 6:45 p.m. when they became impatient.

In a statement, parent company Loblaw confirms it happened at a Zehrs.

Police allege the individual then “spit on an adult female clerk, striking her in the left arm and chest”, and then left the store.

On APR 1 a customer spit on a clerk at a #Guelph grocery store. We are looking to speak with the people in the attached pictures in regards to the assault. Anyone with any info is asked to contact CST Isaac Cook at 5198241212×7453 or icook@guelphpolice.ca. https://t.co/uS9DKEqeNR pic.twitter.com/STr2tGjLfr

On Friday, officials released photos of a man and woman they are looking to speak with in connection to this incident.

Police have not said whether or not they’re considered suspects.

In its email to CTV, Loblaw Public Relations referred to Galen Weston’s recent letter to customers.

In it, he said he is “troubled by growing reports of people ignoring social distancing requests while shopping. Some people are coming in groups or bringing family, treating shopping as a social outing. Others are making uncomfortable jokes about being COVID-19 positive while leaning around protective screens.

“On the surface, these kinds of actions seem harmless, but they are quite concerning for other customers and colleagues.”

During the pandemic, grocery stores need to put measures in place to practice physical distancing and police say that customers need to respect these measures as well as employees.

“When I hear something like this it breaks my heart,” says Const. Kyle Grant, Guelph police media officer.

“People who are a part of these essential services are quite frankly risking their lives making sure that people have what they need. In this case, having the groceries and the food that they need. And to have something like this happen to them is quite troubling, quite difficult to understand.”

Anyone with information about the incident is being asked to contact police or Crime Stoppers.

Carmine Caccioppoli, co-owner of Waterloo grocery store Vincezo’s, says many rules have been put in place for staff to keep the place sanitary