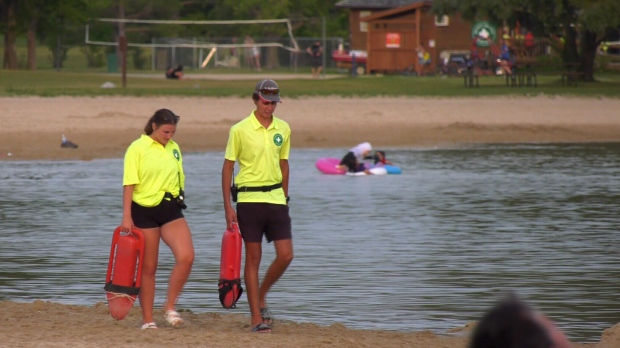 WINNIPEG — Some visitors to the Birds Hill Provincial Park beach are angry after they were led to believe a water emergency was taking place, only to find out hours later it had just been a training exercise.

Now the province is taking a look at how training exercises are carried out.

On the afternoon of Aug. 21, visitors at the provincial park were evacuated from the beach.

Tamara Christie was on the beach with her two daughters when the evacuation happened. She said people in park ranger uniforms told visitors to wait on the grass, as lifeguards linked arms and walked through the water. She said a boat was brought out to help with what appeared to be a search.

“We thought for sure that somebody had drowned or was missing,” Christie told CTV News.

After waiting for about 30 minutes, Christie said she decided to pack up and head home.

“We left not knowing what had happened, we were really worried because we thought it was a child in there,” she said, adding she was never told it was all just a drill.

Christie said she learned there had been no emergency later that night after CTV News first reported the event had been a training exercise.

According to its website, Criti Care, which is contracted by the province to provide services, said its beach safety officers (BSO) provide public education and emergency response.

“From time to time, BSOs will run ‘live’ training exercises in which those on duty are not told they are only exercises,” the statement reads. “These drills are valuable opportunities to test emergency response protocols and to let BSOs practise skills that can save lives.”

The province said during these exercises, it is “vital to their success that participants treat them as real emergencies.”

CTV News has made multiple requests for comment from Criti Care but has not yet heard back.

Christie said she appreciates the need for realism during these drills, but said visitors should not have been left in the dark.

“We should have been told at some point,” she said. “We want them to be trained, and we want them to know what to do if there is a real emergency, but again, I just think that within 10 to 15 minutes there is no reason they couldn’t have sent someone over to say ‘wait on the grass, this is just a training exercise.'”

While Christie said she is relieved that everyone is okay, the whole process has left her and her family frustrated.

“I’m really angry because we paid the $9.50 to get into the park,” she said. “We paid the money and we were left sort of worrying and with a lot of concern.”

The province said it is reviewing the training exercises with respect to effectiveness and public feedback.

“As part of the review, the Department of Conservation and Climate will consider public awareness enhancements such as signage or other communication approaches that could be implemented for future exercises,” the province said, adding park visitors are reminded to be vigilant at all times when at the beach.