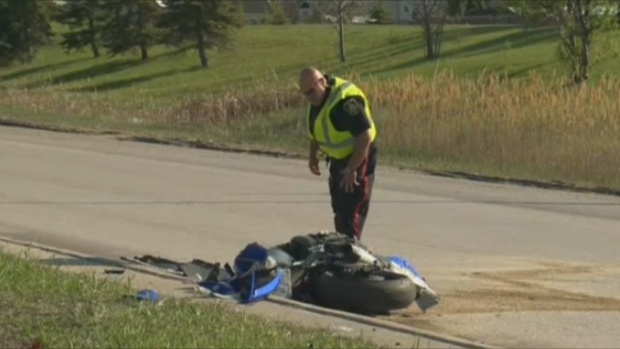 WINNIPEG — A Winnipeg woman has been arrested in connection with a car crash in May 2019 that sent a motorcyclist to hospital.

Winnipeg police said on May 23, 2019 they were called to the intersection of Lagimodiere and Sage Creek Boulevards following a collision between a car and motorcycle.

The motorcyclist, a man in his 20s, was seriously hurt and taken to the hospital in critical condition. The driver of the car stayed at the scene and spoke with police.

Officers said the car and the motorcycle were on southbound Lagimodiere when the crash happened.

Now, nearly a year later, officers have determined that the car made an illegal U-turn at the intersection, which caused it to enter into the southbound lane directly in front of the motorcycle. Police said this caused the collision.

She has been released on a notice to appear in court. None of the charges have been proven in court.