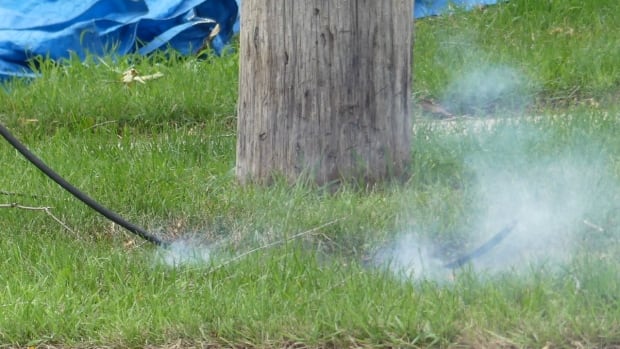 Manitoba Hydro workers and a fire truck are at the scene in the north part of Winnipeg’s St. Vital area after a hydro line exploded and came down on the street on Sunday afternoon.

According to the Crown corporation’s outage map, the explosion took place around 2:30 p.m.

The intersection of Inman Avenue at St. Thomas Road is taped off.

The outage is only affecting about five customers, and the estimated restoration time is about 5:30 p.m., according to Manitoba Hydro’s website.

The wire could still be seen burning on the road at about 3:30 p.m.