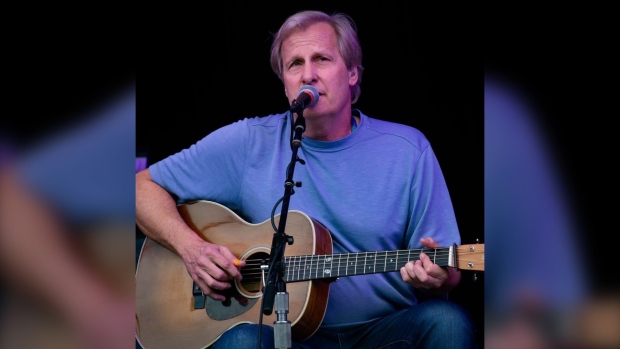 WINNIPEG — Jeff Daniels is best known for his work on stage and screen; He has won two Primetime Emmy Awards, has been nominated for multiple Tony Awards, and has starred in multiple films.

But, a lesser-known fact about Daniels is he is a singer-songwriter, and Winnipeggers have a chance to catch him perform on Wednesday, Aug. 26.

The Winnipeg Folk Festival is presenting an intimate virtual concert by Daniels, which will also include an audience question and answer session following the show.

“He’s been a songwriter since the late 70s, and has spent a lot of time honing his craft and performing at really great venues all throughout North America,” said Chris Frayer, artistic director with the Winnipeg Folk Festival. “I think it was just a great time, with the pandemic and everything, it was a good time for people to innovate, and try and do something to get them through this.”

Daniels will be performing in a home studio setup. When concertgoers purchase a ticket, they get a code and a link for where they can stream the show. Audiences can expect a setlist full of original songs and personal stories from his stage and movie career.

Frayer said Daniels is one of the musicians he has wanted to get to perform at the Folk Festival, but notes the actor’s schedule has prevented him from coming in previous years.

The Winnipeg Folk Festival previously streamed performances from previous festivals online on July 11, but this is the first time they’re presenting a virtual show with a single artist.

“There’s a nice opportunity to test the waters and see how things go,” he said.

Tickets are $20 and on sale at the Winnipeg Folk Festival’s website.