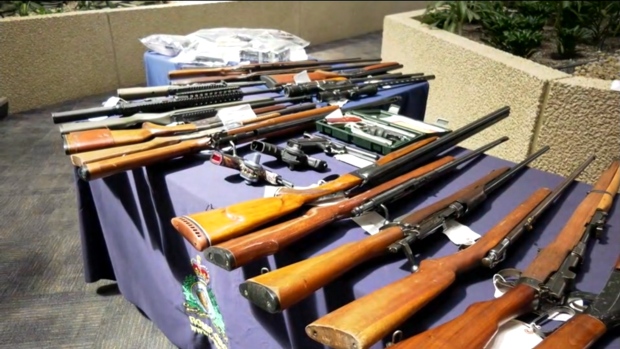 WINNIPEG — The Manitoba government announced on Monday that the expansion of the RCMP’s Crime Reduction Enforcement Support Teams (CREST) has resulted in multiple arrests, drug and cash seizures, as well as the discovery of stolen property.

In November 2019, the province invested $1.9 million to expand these teams, which focus on hot spots of criminal activity, chronic offenders, and drug dealers. This investment came after a pilot project in northern Manitoba, which proved to be successful, according to the province.

The $1.9 million added two new officers to the CREST team in Northern Manitoba, as well as created two teams for the RCMP’s eastern and western districts.

On Monday, Justice Minister Cliff Cullen said these teams “have proven very effective in a very short period of time.”

He noted over the last several months, the CREST teams have been involved in 60 files, which have resulted in 43 people charged; $75,000 seized; over 150 weapons seized; and the seizure of 900 grams of meth and 300 grams of cocaine. He added the teams have also recovered over 25 several stolen vehicles over the last few months.

“So, (these are) very encouraging results by our investment in these crime reduction teams,” said Cullen.

“We’re excited about the work that has been done to date and we’ll continue to work with our partners over at the RCMP to make sure that these crime reduction teams are successful into the future.”

Assistant Commissioner Jane MacLatchy, Commanding Officer with the Manitoba RCMP, said rural crime is a concern for Manitobans, especially due to the proliferation of opioids and meth in the smaller towns and cities.

“We know that these crimes are very often perpetrated by repeat offenders. Dozens of dozens of criminal complaints can often be linked to one suspect or to a group of individuals working together,” MacLatchy said.

“We also know that these offenders have a pattern and usually operate within a specific geographical area. So what does it take to go after these individuals? It’s actually twofold: first, we need accurate and we need timely intelligence, and second, we need officers who can action that intelligence and who have the capability and flexibility to rapidly deploy when they’re needed to.”