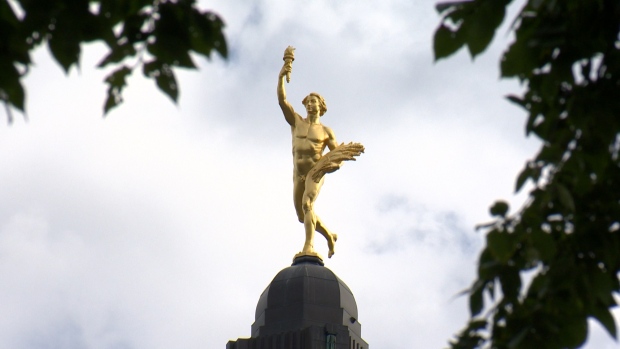 WINNIPEG — Governments across Canada are spending billions in pandemic-related costs, but now the question is how they will pay for it. According to new findings from Probe Research, most Manitobans want to raise taxes for large companies and high-income earners.

Last week Canada’s parliamentary budget office estimated that measures to help those affected by the pandemic will add up to nearly $146 billion in new federal government spending.

More than 800 Manitobans weighed in on this in an online poll conducted by Probe Research – exploring different options the government could use to pay for the pandemic.

Probe Research has given CTV News exclusive television access to the findings.

“Governments have spent a lot of money right away, and the long term question is going to be, how are they going to pay for it and what are people going to support when it comes to that?” Curtis Brown, principal at Probe Research told CTV News.

More than 80 per cent of Manitobans surveyed supported increasing tax rates for large corporations, and about 75 per cent said they back the increase in income tax for higher-income earners.

Probe Research found that women (88 per cent) are more likely than men (75 per cent) to support the increase in tax rates for large companies.

Far fewer Manitobans were onboard with the idea of raising tax rates paid by small businesses. Only three per cent of Manitobans surveyed said they would strongly support this step.

“This really overwhelmingly shows that there really is some appetite for increasing taxes – particularly among people who are perceived as being able to afford it,” Brown said.

The support for universal basic income is fairly consistent throughout Manitoba, according to Probe Research.

“It’s an idea that often has a lot of appeal among younger people in particular,” said Brown, adding lower-income households and Indigenous citizens are most likely to be in favour of it.

“Certainly we see a lot of support among Manitobans for doing something like this, that this is something people feel would be beneficial especially when so much of it is up in the air, people are experiencing job loss or reductions in their hours.”

When it comes to political support, Probe Research found that Progressive Conservatives (40 per cent) were less likely to support a UBI program, while about eight-in-ten NDP and Liberal supporters seem to be in favour of the idea.

On the political spectrum, Probe Research found that NDP and Liberal supporters were more likely than Progressive Conservative supporters to back tax increase measures.

Probe Research conducted the poll of 803 Manitoba adults online between April 24 and 28. It said because an online survey is a sample of convenience, no margin of error can be ascribed. Though for a random and non-convenience sample of the same size, there would be a margin of error of plus or minus 3.46 percentage points, 19 times out of 20.

-with files from CTV’s Josh Crabb and Ryan Flanagan