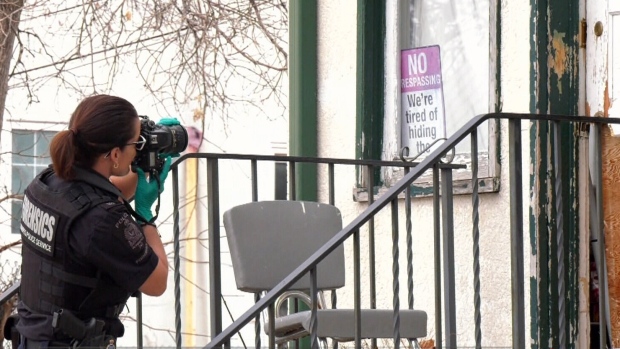 WINNIPEG — Winnipeg police have determined that a house was shot at in the St. Johns neighbourhood Saturday.

The incident happened shortly before 8 a.m. Saturday morning. Officers received a report of possible shots fired in the area of St. Johns Avenue and McKenzie Street.

Throughout the day on Saturday, police were seen in the area, with members of the Winnipeg Police Forensics Unit taking photos of a house.

At the time, police said there did not appear to be any threat to the public.

What appeared to be bullet holes were seen on the front of a house along St Johns Avenue.

Const. Rob Carver of the Winnipeg Police Service said investigators have determined that shots were fired at a home in the area.

He said no one was injured and no arrests have been made.