WINNIPEG — A Friday morning fire on McDermot Avenue in Winnipeg has destroyed a home and caused traffic disruptions in the area.

Fire crews were called to the fire at an empty home in the 500 block of McDermot Avenue just before 1 a.m. When they got to the scene, they discovered heavy smoke and flames coming from the home.

At first, firefighters attacked the fire from inside the home, but because conditions were worsening, they had to get out. Crews then used aerial ladders to fight the fire and evacuated a neighbouring home out of precaution.

One firefighter was injured but didn’t need to be taken to the hospital.

Fire crews expect to be on scene fighting the fire well into the day, with McDermot Avenue remaining closed between Juno and Isabel Streets until the work is done.

There are no damage estimates right now, but the city said the house is believed to be a total loss. 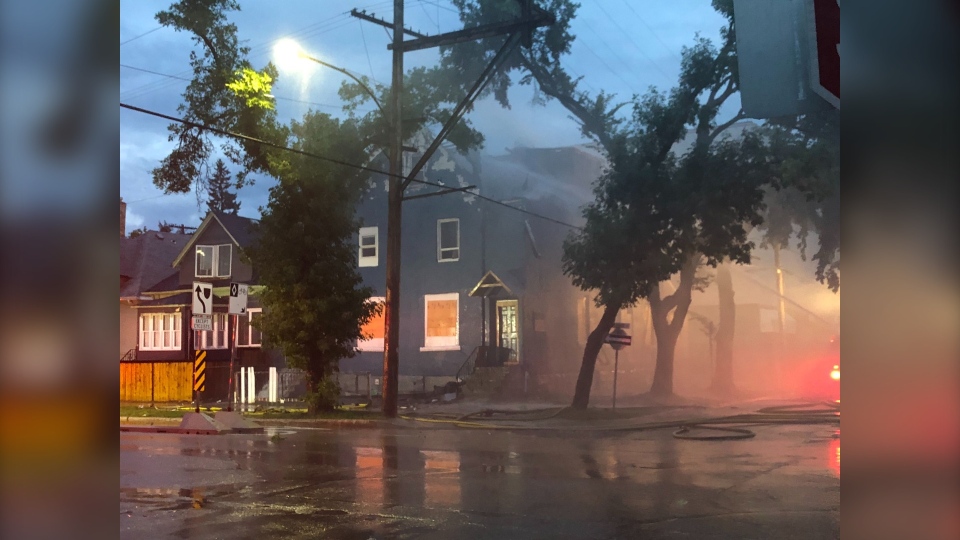