Home  »  News   »   ‘His monster hugs made us feel safe’: Family mourns loss of man who died after COVID-19 diagnosis 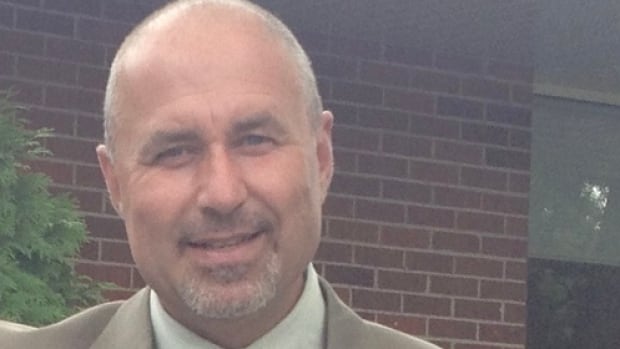 The family of a Winnipeg man who died as a result of COVID-19 wants people to know the disease can affect anyone.

Wade Kidd died on April 2 after falling ill with flu-like symptoms on March 18. His family has confirmed Kidd was the second of Manitoba’s two deaths, to date, from the pandemic virus.

“We cannot begin to express the shock and loss that we are experiencing. We wish that we could mourn him privately, as he was a private person, but we also understand that there is fear and uncertainty surrounding the disease that took Wade from us,” read a statement from his wife Pam Kidd that was provided to CBC News.

Pam Kidd said the fear and uncertainty surrounding her husband’s death has prompted her to speak out, saying after he fell ill he isolated himself but his condition worsened.

Wade Kidd was admitted to hospital on March 27, and his condition deteriorated, the statement said.

He had some underlying health concerns before he got sick, but was overall healthy and active the family says.

“This disease can affect anyone, and we hope Wade’s death can help convince anyone who isn’t already staying home to do so if they can,” his wife said in the statement.

“We need to stop this before further families have to endure what we are facing right now – we are mourning Wade, but we can’t have a funeral. We are missing Wade, but can’t find comfort in the embrace of family and friends.”

“We know our lives will be forever altered, but we can’t start looking for a new normal while this disease continues to isolate all of us.”

His family said the 54-year-old had a love of life and often helped others.

“He could fix absolutely anything, and was always the first to jump up and help someone, whether it was fixing something we had broken, or loading his pickup with furniture to move, or barbecuing dinner so we could have a dip in the pool.”

“His monster hugs made us feel safe and his easy going manner kept us calm in stressful times.”

Kidd worked as a custodian at Windsor Park Collegiate. Over the weekend the Louis Riel School Division posted a letter to its website saying an employee at the school had passed away but they didn’t know how he died.

“Currently, we do not have confirmed details from Manitoba Public Health authorities on the cause of this employee’s passing. If there were any additional steps or recommendations to ensure the continued safety of our staff, students and parents/guardians, Manitoba Public Health would provide us with those processes,” said Christian Michalik, superintendent of the division.

“I can assure you they have not been in touch with us regarding any additional steps.”

On Saturday, Dr. Brent Roussin, Manitoba’s chief public health officer said he wouldn’t give any details about the second COVID-19 death in the province.

“The second death that we unfortunately had to report was not at their place of employment during the infected infectious period,” said Roussin.

On Monday, Michalik said he trusts the public health authorities and that he was working to reassure those in the community.

“When they tell me I have nothing to worry about or to communicate to the community about this matter, and that they will do what they need to do if there is a concern, I believe them and trust in them,” Michalik said.

“And as we move forward in time with this pandemic we need to continue to nurture that trust.”

Michalik said Wade Kidd worked at the school for many years and his loss is difficult for staff and students.

“He was a well-respected, well-loved part part of the school. And folks are devastated in the school community and in the larger LRSD community,” he said.

Michalik expressed concern that the death has become so public and that the family has been put in the middle.

“They’re grieving a terrible loss. And I feel so much for them that they’re having to grieve in such a public and confusing way,” he said.

The family wants Wade Kidd to be remembered as a loving husband, and proud father and grandfather.

“Wade should be remembered for the amazing man he was, not for how he died.”

Pam Kidd’s statement said her husband was “humble and unassuming” and would not know how to handle all of the attention his death has received.

“He was a steady ship in a crazy storm, and now he is gone. Now that storm threatens to swallow us whole. We are just keeping our heads above water, and we hope that our privacy will be respected moving forward.”