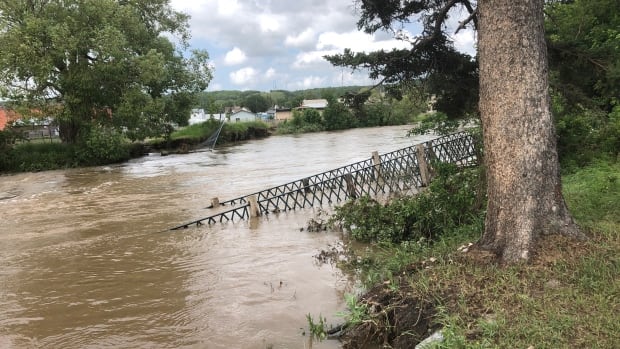 All city boat launches in Winnipeg have been closed due to high water levels and potentially dangerous debris, Winnipeg police said on social media Thursday.

The Red River level at the James Avenue measuring site has increased from 7.2 feet to 14.5 in the past week, according to the city’s website.

The normal summertime level is about 6.5 feet.

Storms that brought heavy rain to southwest Manitoba in late June and through the early part of this month caused flooding, road washouts and states of emergency in some communities.

They also caused the Assiniboine River to swell. That water has since arrived in Winnipeg, merging with the Red River and submerging the walkway at The Forks.

The city boat launches will remain closed until the water levels drop to normal again, the Winnipeg Police Service said in a Twitter post.