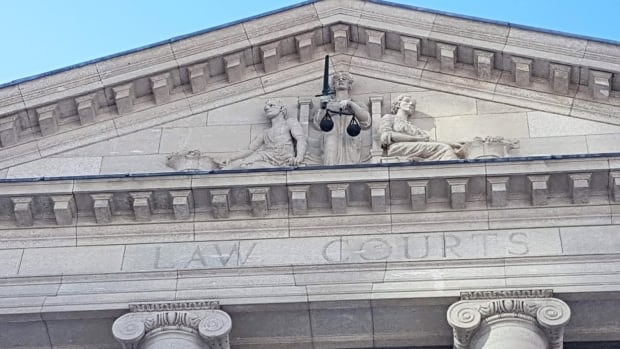 A standing hearing will be held to determine the participants in an upcoming inquest into the death of Machuar Madut, who had struggled with mental health before he was shot and killed by Winnipeg police last year.

The hearing, set for July 13 at the Manitoba Law Courts in Winnipeg, will allow the judge to decide who can participate in the process and question witnesses before the inquest begins, the province said in a news release on Tuesday.

The 43-year-old was allegedly armed with a hammer when he was shot and killed by a Winnipeg police officer in an apartment on Colony Street on Feb. 23, 2019.

Madut had lived in an apartment in the building, but had been ordered to leave.

Witnesses previously told CBC that Madut was banging on apartment doors with a hammer the morning of Feb. 23, and eventually broke into a suite. Several people called 911 while Madut proceeded to damage the suite.

Officers found Madut in the apartment building. According to a report by the Independent Investigation Unit of Manitoba, Madut struck one officer on the head, then chased him around the suite with a raised hammer, at which point another officer shot Madut several times.

Madut, who came to Canada after fleeing Sudan and a Kenyan refugee camp, had mental illness and a poor grasp of English, according to a member of Winnipeg’s South Sudanese community who knew him.

In the days following Madut’s death, the community condemned Madut’s shooting. Earlier this month, he was honoured at a Black Lives Matter rally in Winnipeg.

In January, Manitoba’s police watchdog recommended no charges for the officer who pulled the trigger.

The use of lethal force was “reasonable, necessary, justified and unavoidable,” said the final report from the Independent Investigation Unit of Manitoba, which investigates all serious incidents involving police officers in the province.

Under the province’s Fatality Inquiries Act, inquests explore the circumstances and events leading to deaths for the purpose of finding out what, if anything, might be done to prevent similar deaths in the future, the province said in its news release.

The standing hearing to determine who can participate in the inquest is scheduled for July 13 at 2 p.m. in courtroom 403 at the provincial courthouse in Winnipeg.

Interested individuals and groups can apply by contacting inquest counsel Jay L. Funke at 204-239-3344 or jay.funke@gov.mb.ca before the end of the day on June 29.