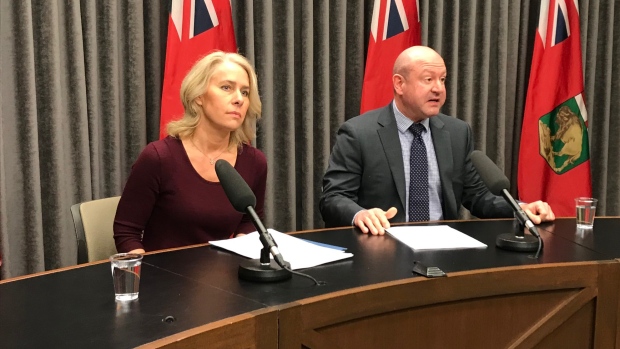 WINNIPEG — Manitoba health officials say previous cases of COVID-19 that were announced last week and on the weekend were related to travel and household contacts.

As of Monday, no new cases were identified in Manitoba, leaving the number of active cases in the province at five. There have been 292 recoveries.

In total, there have been 304 lab-confirmed and probable positive COVID-19 cases since March.

There are currently no hospitalizations due to the virus and the number of deaths related to COVID-19 remains at seven.

Dr. Brent Roussin, the chief provincial public health officer, said a previous case of COVID-19 that was announced on Friday is a woman in her 30s who contracted the virus after travelling from Ontario. He said she was self-isolating at the time, and is in the Winnipeg region.

On Saturday, two men in their 30s were announced to have COVID-19, while another case, a man in his 20s, was announced on Sunday. Roussin said all three cases were household contacts of a previous case, and were in the Winnipeg region.