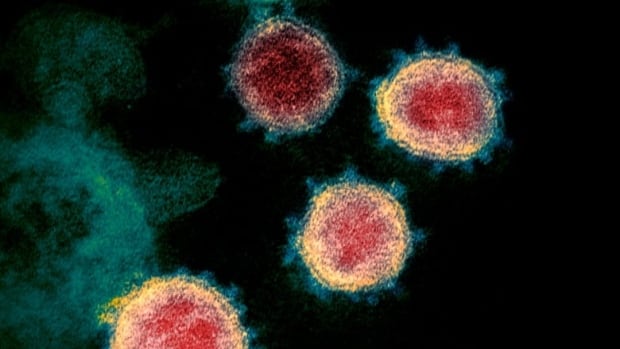 There are two new cases of COVID-19 in Manitoba on Tuesday, bringing the total number of confirmed cases in in the province to 442.

Since Saturday, 27 new cases have been confirmed in the province.

There was one case removed from the daily tally because it was a duplicate, the province said.

The current test positivity rate — a rolling five-day average of how many COVID-19 tests come back positive — is 0.46 per cent.

There are nine people in hospital with the illness caused by the new coronavirus, with four in intensive care.

Two positive cases in Steinbach, Man., reported on the weekend are connected to a single household, Health Minister Cameron Friesen said at a news conference Tuesday.

Manitobans will get more details about more than two dozen cases of COVID-19 announced on the long weekend, including the highest single-day jump in new confirmed cases since early April.

Shared Health Chief Nursing Officer Lanette Siragusa and Health Minister Cameron Friesen will give the latest update on the fight against the new coronavirus at 1 p.m. on Tuesday. Chief Provincial Public Health Officer Dr. Brent Roussin is not scheduled to be there.

The province announced 27 new cases of COVID-19 over the long weekend, including 18 on Sunday, but included no information about where the cases occurred.

Health officials have said the number of new cases is less significant than the test positivity rate — a rolling five-day average of how many COVID-19 tests come back positive.

A number of businesses in Steinbach, Man., announced they were temporarily closing after two cases of COVID-19 were identified at a local Smitty’s restaurant and Steinbach Credit Union branch.

As of Friday, only three cases of COVID-19 had been listed as community spread, meaning the infections couldn’t be linked either to a case of travel outside the province or to another known case within the province. At the time, there were 70 active cases, including six cases in hospital, with five in intensive care.

Eight people had died as a result of the illness caused by the new coronavirus, while 337 had recovered.