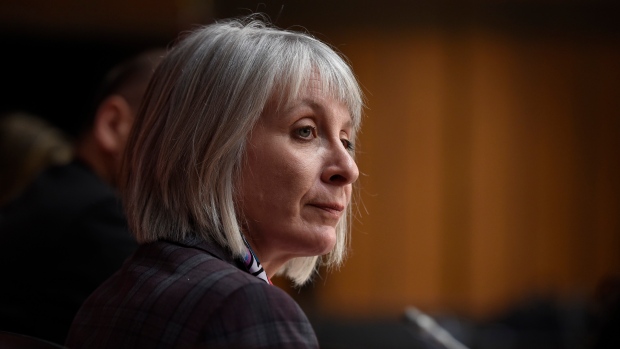 TORONTO — Health Minister Patty Hajdu offered the federal government’s toughest words yet Sunday when she was asked about those who may defy public health recommendations to avoid gatherings for fear of spreading the novel coronavirus.

“Let me be perfectly clear: We will use every measure in our toolbox at the federal level to ensure compliance,” she said Sunday at the government’s daily press briefing in Ottawa.

“The advice is getting stronger and stronger, and with that advice will be coming more and more penalties if people don’t listen.”

While many in Canada and around the world have been practising physical distancing to keep themselves from contracting COVID-19 and passing it on to others, the tactic loses its effectiveness if it is not widely followed.

Videos showing crowded beaches, jam-packed parties and other events clearly not heeding this advice have generated tremendous scorn from authorities and the public. While much of this footage is from outside Canada, there is also evidence of Canadians ignoring the recommendations – such as picnickers at Vancouver’s English Bay on Saturday.

The Public Health Agency of Canada (PHAC) has recommended that no gatherings involving more than 50 people be held. Some jurisdictions have instituted lower limits – Germany set its maximum at two people on Sunday – and many public health experts say any gathering carries an unnecessary amount of risk at this time.

No matter how many attendees are present at a gathering, PHAC says everyone should be spaced at least two metres apart from everyone else.

Asked exactly how the government is terming its message to those who are still defying public health recommendations, Hajdu said it is “asking them and recommending them, and I hope we don’t have to get to ordering them.”

The health minister also directed remarks at travellers returning from March break excursions and snowbirds on their way back to Canada, emphasizing the urgency of the situation.

Hajdu alluded to the federal Quarantine Act, which allows the government to impose conditions on returning travellers who may be at risk of spreading an infectious disease – including barring them from entering Canada. Anyone found guilty of putting others in harm’s way by contravening a Quarantine Act order can face a maximum penalty of a $1-million fine or three years in prison.

The Quarantine Act only applies to people entering Canada, not those already on Canadian territory. The government’s best method of controlling that second group is considered to be invoking the Emergencies Act, which grants the government sweeping powers including the ability to order evacuations and travel prohibitions within Canada.

Prime Minister Justin Trudeau has said that the government is not ruling out ever using the Emergencies Act, but does not believe it is warranted based on the current situation. He reiterated Sunday that provincial governments have tools that they have yet to use, and that he would only invoke the Emergencies Act after Canada has “exhausted all other steps.”