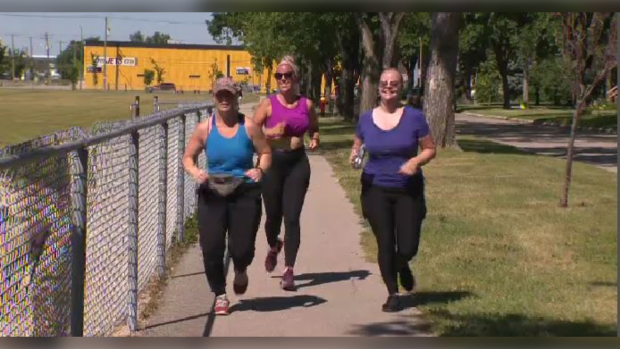 WINNIPEG — Runners hit the pavement outside a prison near Winnipeg Sunday, for a half-marathon to help inmates across the Prairies released early during the COVID-19 pandemic.

“For folks being released, they’re facing the same difficulties anyone would be facing, finding work or making ends meet,” said organizer Jacquie Nicholson. “But when you’re released from jail you have a life to put back together again it can be doubly challenging.”

The event began outside Stony Mountain Institution to raise money for the “Prairie Province Support Fundraiser.” It was set up by the group “Free Lands Free People” based in Edmonton.

“Many provinces and territories across Canada have started taking measures to depopulate their jails and prisons safely. However, prisoners who are released do not have adequate support for their transition,” reads the group’s Go Fund Me Page.

The latest figures from Statistics Canada show 6,000 inmates were released from Canadian institutions between February and April.

Mark Cardy ran in Sunday’s half-marathon and said that freedom can be a difficult adjustment for former inmates.“Some of these guys have a tough time with society as it is. Throw in a pandemic and it can be really toxic for them.”

As of Sunday evening, the “Prairie Province Support Fundraiser” raised more than 40 thousand dollars and said it has given stipends to more than 120 inmates.