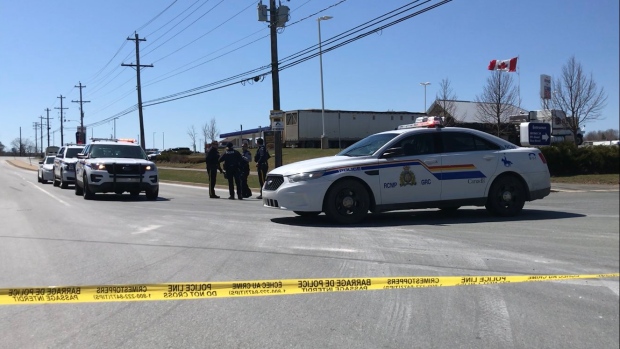 HALIFAX — Police say at least 16 people, including an RCMP officer, have been killed in a mass shooting incident in Nova Scotia. The suspect is also dead following the incident.

“The search continued overnight and into the morning,” said Leather. “This morning we actively sought out the suspect through muliple communities throughout Nova Scotia.”

Victims were ‘scattered across the province’

“There are several locations across the province where persons have been killed,” said Leather.

He said one person is believed to be responsible for the killings.

“I hear the shots and I look out and … there’s a guy running back and forth up beside the, what looks to be a police vehicle,” recalled one witness at the scene. “Then after a short bit I saw fire.”

Suspect shot and killed in Enfield

Officers eventually tracked Wortman to the Irving gas station and Big Stop restaurant in Enfield, N.S., where he was shot and killed late Sunday morning.