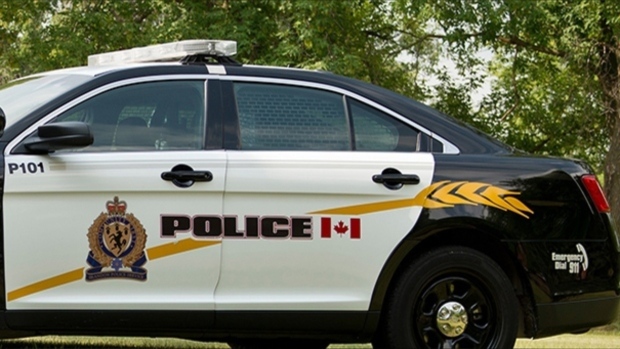 WINNIPEG — Two women have been arrested after police say a group of people yelled racial slurs and attacked a Black man at a skate park in Brandon, Man., on Thursday, Sept. 3.

Around 7:40 p.m., Brandon police were called to a skate park in the 900 block of Princess Avenue for a report of a fight.

Witnesses told police that a group of five people, including one man and four women, started a fight with the man by yelling racial slurs at him.

Officers said a fight then broke out, during which the victim defended himself, and ended up getting stabbed. The man was taken to the Brandon Regional Health Centre before police got to the scene.

Police investigated and found a woman, who matched the description of one of the suspects, in the 800 block of Rosser Avenue. Officers said the woman had blood on her clothes and a knife with blood on it in her pocket. Police arrested her, as well as a second female suspect who was found nearby.

Police were able to find a video of the incident, which they say shows the altercation between a group of five people – one male and four females – and the victim.

Officers allege the group yelled racial slurs, which resulted in a fight between a male suspect and the victim, with the other four suspects joining in. Police say the group punched and kicked the man, who tried to defend himself by holding down one of the suspects. Officers allege a female suspect then stabbed the victim five times in the side of his abdomen.

The fight ended and the man walked away, bleeding from his side. Police note the suspect with the knife slashed the tires on the victim’s car before the stabbing.

The victim received emergency surgery. He is awake, alert, and expected to make a full recovery, police said.

Police said the two suspects who were arrested are related and scheduled to appear in court on Friday, Sept. 4.

A 23-year-old woman from Brandon has been charged with several offences, including aggravated assault with a weapon and public incitement of hatred.

A 20-year-old woman from Sioux Valley is also facing a slew of charges, including assault and public incitement of hatred.

Police continue to investigate and search for the other three suspects.