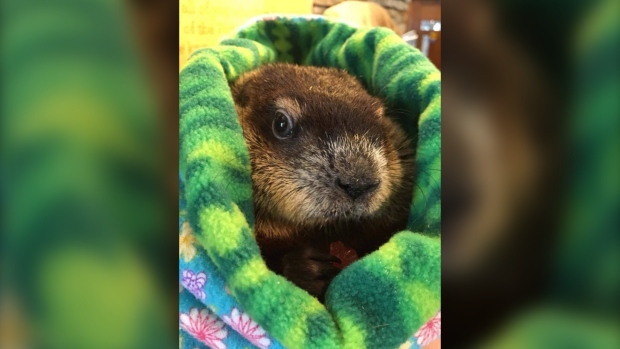 WINNIPEG — Winnipeg Wyn, a groundhog tasked with predicting the weather each spring, has passed.

In a Facebook post, Prairie Wildlife Rehabilitation Centre said the rodent had been fighting an infection when its condition took a turn for the worst.

“She will be sadly missed by her primary caregiver Sheila Smith and PWRC education volunteers,” said the rehabilitation centre in its post.

Along with her annual February 2 weather prediction, Wyn visited schools and community groups to help to educate the public on how to co-exist with animals.

Prairie Wildlife Rehabilitation Centre said Wyn was brought to the facility when she was only a week old in the spring of 2016.

Wyn was found orphaned at a fire station after her mother was likely trapped and relocated. The centre said she could not be returned to the wild as she was very curious of humans.

Winnipeg Wyn’s last weather prediction called for an early spring when she didn’t see her shadow.