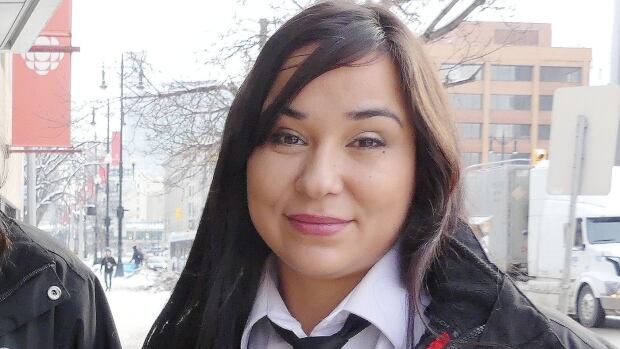 Robyn Shlachetka earned national recognition when she became a member of Manitoba’s first all-Indigenous female medevac flight crew. Now, she says the screening process for pilots with the province’s circuit court is skewed against those who live in Manitoba’s north.

Originally from Wabowden, Man., Shlachetka lives in Thompson and flies for Keewatin Air. She applied for a job shuttling judges, lawyers, sheriffs and prisoners to and from court hearings across the North and went through a screening process.

She says she didn’t get the job, even though she cleared all criminal record, vulnerable-person and child-abuse checks, and has flown for the circuit court in the past.

Although Manitoba Justice gave no reason for rejecting her application, Shlachetka said the application asked if anyone she knows has been charged with a crime. She acknowledged that an estranged family member had spent time in prison.

Shlachetka says she comes from a large family and lives in a small, close-knit community with a high crime rate.

“There is no way anyone from Thompson would pass this,” she said.

The northern Manitoba city has consistently ranked among the most violent cities in the country, according to Statistics Canada’s Crime Severity Index.

During the job interview, Shlachetka says she was also peppered with questions about social media contacts she barely knows, some of whom had questionable pasts.

After leaving the interview, she said she felt like she had done something wrong.

“You know what it feels like to be followed in a store, when people think you’re gonna steal, for absolutely no reason.… That’s kind of how I felt walking out of that interview,” she said.

After she didn’t get the job, Shlachetka says she reached out to Manitoba Justice to see if there was any way to address their concerns. She was told she could only apply once and was not allowed to contact anyone at Manitoba Justice about her application.

CBC News has reached out to the provincial government for comment.

Despite not getting the circuit court job, Shlachetka still has a job making medevac flights out of Churchill. However, the job she had applied for would have allowed her to come home to her children every night.

Although she understands the need for security protocols, she feels the process is unfair to her and other people from the North.

“I just don’t feel like it’s fair to judge people based on where they’re from or who they know. I really just it doesn’t sit right with me.”