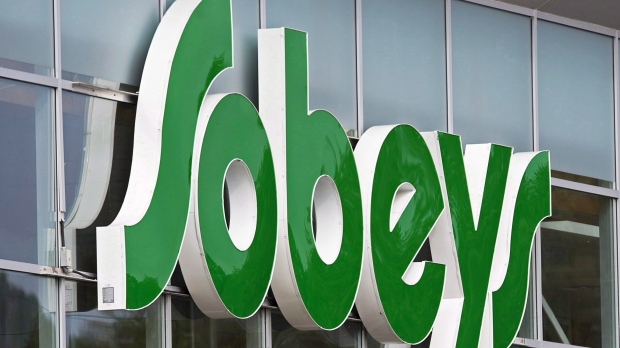 Safeway announced a series of measures it’s undertaking in order to keep its staff and customers safe, including Plexiglass cashier shields.

“Last night, we began to install the shields in stores and will work around the clock to get them in our stores,” Safeway said in a Friday news release.

“They will not be in every store immediately, but we’ll install them as quickly as we can.”

Sobeys posted on Facebook that it will be adjusting its hours to 8 a.m. to 8 p.m.

“This will provide our incredibly hard-working front-line teams with more time to restock our shelves and complete necessary cleaning and sanitizing procedures, while ensuring some much deserved time to rest,” it said in the post.

Save-On-Foods is also temporarily suspending bottle returns and the use of reusable bags beginning on Friday. The store is also reducing its hours to 8 a.m. to 8 p.m. at all 180 locations in Western Canada, and is designating the hour of 7 a.m. to 8 a.m. for seniors and vulnerable people to shop.

Lobalaw’s, the parent company of Shopper’s Drug Mart, No Frills and Real Canadian Superstore, is also making changes to its reusable bag policy by removing the fee for plastic grocery bags and asking customers to limit the use of reusable bags.

Loblaw’s is changing its hours at all supermarkets to 7 a.m. to 8 p.m. daily, with the first hour dedicated for seniors and people with disabilities. The company is also limiting the amount of customers allowed in their stores at a time.

Hours will be reduced at Shopper’s Drug Mart as well, but the company asks people to call a store directly to find out what the changed hours are.