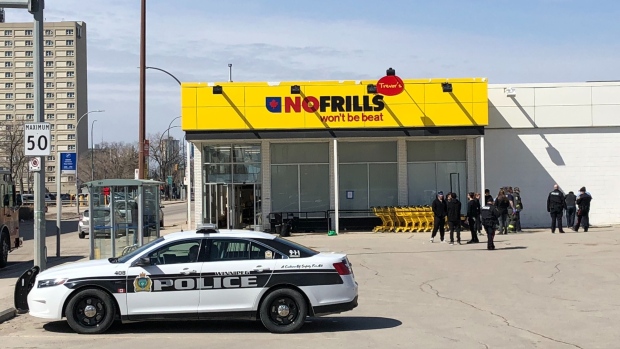 WINNIPEG — Winnipeg police say a suspect has been taken into custody after a security guard at a store in the Norwood neighbourhood was sprayed with pepper spray.

On Tuesday morning, police and emergency responders were seen at a No Frills grocery store on Goulet Avenue.

Winnipeg police told CTV News officers were called to a store in the 100 block of Goulet Avenue shortly after 11 a.m. for a report that a loss prevention officer had been sprayed with pepper spray.

Police said one woman was taken in to custody.