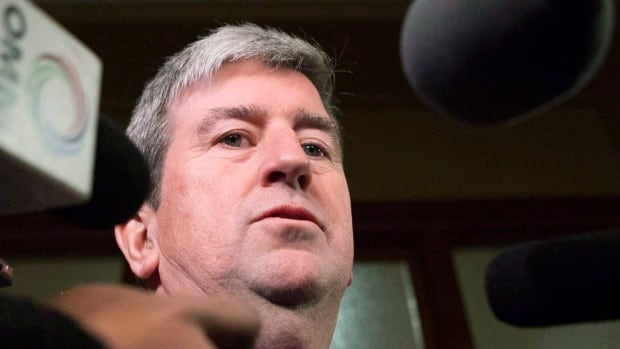 Recent comments by Green Party leadership candidate Glen Murray about discrimination in Canada are being called offensive, misinformed and dangerous.

Murray, a former Winnipeg mayor and Ontario Liberal cabinet minister, is being called out for comments he made to a newspaper that his opponents are calling discriminatory and privileged. Murray said he’s being quoted out of context.

“I don’t think age or race or skin colour should matter, frankly. I think we’re past sexism, ageism and racism,” Murray was quoted as telling The Winnipeg Free Press after announcing his candidacy on Thursday.

“I was really surprised,” Kuttner told CBC. “I really don’t expect to hear someone say that nowadays.”

Kuttner is a non-binary mixed-raced person who identifies with the pronouns they/them. Kuttner expressed surprise at Murray’s comments because he is a gay man who has been out for many years.

Quotes out of context: Murray

Murray quickly responded to the accusations, tweeting that his comments were being taken out of context.

A reporter asked whether things like gender &amp; age should be factors in choosing our leader. I said no. Greens fight against systemic discrimination &amp; it is very real today. No organization or person is beyond the reality of it but as Greens, we take on that challenge as a mission

Murray, 62, told CBC News he was responding to a question about his age and whether it will be an issue in a campaign against a slate of younger candidates.

Murray said that he has been a victim of discrimination and, as a Toronto MPP, he defended new Canadians from systemic discrimination.

“How can I possibly suggest, given my life experience, that we don’t live in a world with systemic racism?” Murray said.

Murray added he was trying to say that skin colour, gender and age should not disqualify him or anyone else from running for office, and he was not implying that these things are no longer issues.

“The answer was framed as if I was commenting on the general state of the world,” Murray said. “I wasn’t.”

“I don’t think (Murray’s comments) reflect an understanding of the continued barriers to participation,” Paul said. “The comments display a profound misunderstanding about this issue.

“It’s a level of understanding that is a dangerous one, considering the position he hopes to hold.”

Murray said he regrets the way his words were received, and he will reach out to each of his fellow candidates in the following days.

“What will I say to Annamie and Anita? ‘I agree with you. I can understand how you interpreted it that way. Not only do I share your views, I will work very hard as a candidate alongside you to make sure that everything I am doing is making you and anyone else in the party feel welcomed.'”