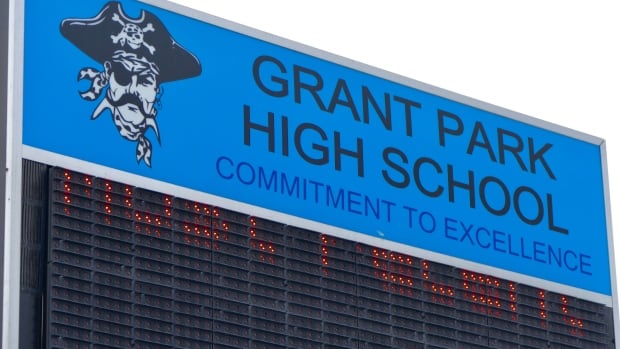 The Winnipeg high school teacher charged with having sexual contact with a 16-year-old student is now accused of luring and sexually assaulting two more students.

The 27-year-old, who turned herself in to police on Wednesday, is now charged with three counts each of sexual assault and luring a person under 18 by means of telecommunication, as well as two counts of sexual exploitation and one count of sexual interference.

The new charges involve two students from Grant Park, where she taught special education and coached, Const. Rob Carver said at a news conference Friday. He didn’t give their genders or ages.

“There’s always the chance that someone may have been victimized that we may not know about,” he said.

“These are complex investigations. Sometimes people are victimized, and in situations like this, for a host of reasons which I’m sure you can figure out yourselves, find it very difficult to come forward.”

Carver said if there are victims who police don’t know about, he encourages them to come forward to police or someone they trust.

In February, the teacher was charged with sexual exploitation, sexual assault and supplying liquor to a minor.

At the time, the woman was released on the conditions that she not contact or communicate with the victim, not possess or access any device capable of accessing the internet, not contact anyone under the age of 18 and not seek, obtain or continue employment or volunteer work that involves being in a position of trust or authority over a person under 18.

Carver said the woman was released on the latest charges with similar conditions.