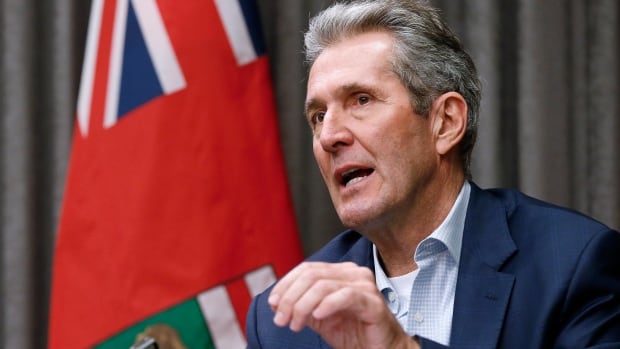 The Manitoba government is planning to pursue the same legislative agenda it set forth before the COVID-19 pandemic derailed normal business, Premier Brian Pallister says.

“We’re a determined government, we’re a hard-working government for hard-working people, so we’re going to bring our legislative agenda forward,” the premier told reporters at a news conference on Wednesday.

The legislature was suspended indefinitely in March due to the pandemic. MLAs returned to the chamber a few times after that to pass emergency legislation, but otherwise a suite of proposed bills — such as removing restrictions on Sunday shopping hours and revising how auto insurance and electricity rates are approved — has sat in waiting.

Pallister said on Wednesday his government is hoping the legislature can resume in October in a closer to normal fashion, with elected officials usually in the chamber four days a week.

The premier cautioned the NDP to avoid using delay tactics to prevent bills from proceeding, as they did in the spring.

“The NDP has had months to review it, and I expect there’ll be new bills as well,” Pallister said.

New Democrat Leader Wab Kinew said his Opposition party is raring to return to the chamber to scrutinize the government’s actions. He wouldn’t say if the NDP was willing to endorse the government’s legislation.

Pallister otherwise spent the news conference touting his government’s accomplishments on the eve of its re-election anniversary. His Progressive Conservative government was elected to its second term on Sept. 10, 2019.

He said his government has saved Manitobans more than $400 million this year, for an average of savings of $812 per household, stemming from measures in its last budget and COVID-19 response.