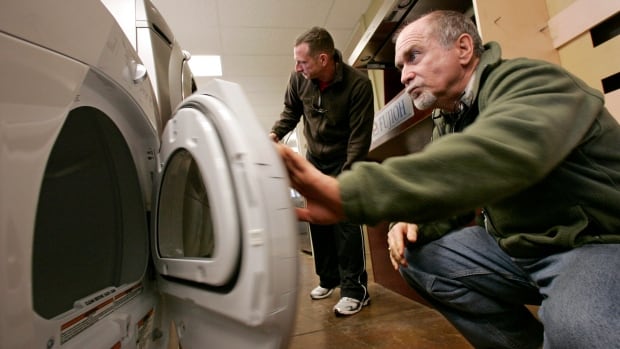 A retail furniture company based in Winnipeg has laid off more than a thousand employees after closing many of its stores due to the COVID-19 pandemic.

Dufresne Furniture operates stores in four provinces under the Dufresne name, as well as Ashley HomeStore.

“It’s been traumatic. We’ve gone from full speed to almost a full halt in a short time,” said CEO Mark Dufresne, adding two thirds of the company’s staff has now been laid off.

Fourteen Ashley HomeStore locations in Ontario have been closed, he said. That represents half of the 28 Ashley stores, with the remainder located in Manitoba, Saskatchewan and Alberta.

One store of the 14 under the Dufresne brand name — also located in Ontario — has been closed for now.

The Ontario government announced the mandatory closure of all non-essential businesses last week.

Under that order, retailers that sell “household consumer products necessary to maintain the safety, sanitation and essential operations of residences and businesses” can stay open.

Dufresne noted his company’s Ontario stores were selling furniture, but not appliances.

Manitoba has since announced a similar two-week closure of all non-essential services, effective Wednesday — but also allows an exemption for businesses selling goods “necessary for the safety, sanitation or operation of residences and businesses.”

Dufresne said the stores that remain open are primarily selling appliances, particularly because customers need to replace ones that break down.

Other popular sales categories at the stores that remain open include desks, home office furniture, and mattresses, Dufresne said.

The layoffs — which include some staff at the company’s headquarters in Winnipeg — are intended to be temporary, he said, and while workers apply for employment insurance, the company is topping up wages for a period of time and trying to continue other employee benefits.

He said the company first offered voluntary layoffs for any employees who did not want to be at work.

“We don’t know of any of our employees that have been affected directly by the virus,” Dufresne said.

The company began operating in 1986.