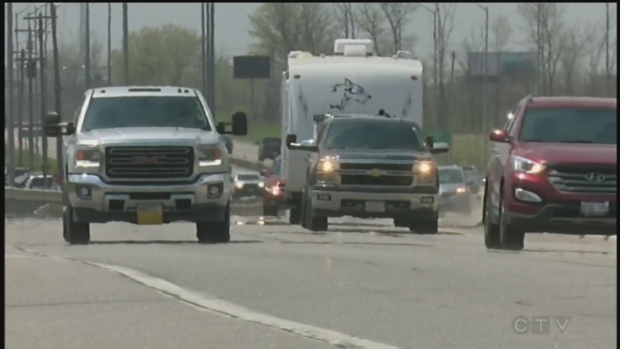 WINNIPEG — Manitoba Public Insurance has released data that shows Fridays are the deadliest days of a holiday long weekend.

MPI said on average, one person dies and almost 100 people are injured on the road every long weekend, and 35 per cent of those deaths and injuries happen on Friday.

Brian Smiley, with MPI, said there is a message for those who head out for the long weekend; be patient.

“Be particularly safe on the Friday. Heavier traffic volumes, people are in a rush to get out to their cottage or hit the beaches. Please be patient,” said Smiley.

Smiley said the insurance company has some tips so people can drive safely and protect themselves and others.

“Do not text and drive,” he said. “Not only is it against the law and it will get you five demerits, but what people need to realize is one in four fatal crashes in Manitoba are related to distracted driving.”

He added that Manitobans should not drive while they are impaired by drugs or alcohol. Smiley added people should drive the speed limit, noting 21 people die every year because of speeding.

He also said people should wear their seatbelts.

“It takes one second. (A person) not wearing their seatbelts is 33 times more likely to be killed than the person who is buckled up.”

Smiley also said if people are driving through a construction zone, they should slow down to the posted speed limit and follow the directions of signs and flag people.

Smiley said the majority of crashes on the long weekend happen on the highways and even though Friday is considered the deadliest day, he encourages everyone to drive responsibly every day of the long weekend.