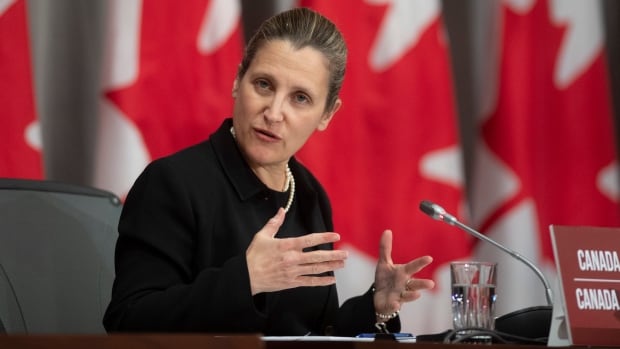 The ceremony will take place at Rideau Hall this afternoon.

Morneau resigned as finance minister and also as the MP for Toronto Centre on Monday, after meeting with Trudeau.

Morneau said he did not plan to run in more than two election cycles and that it is the best time to let a fresh minister steer Canada through its post-pandemic economic recovery.

Both Morneau and Trudeau are being investigated by Ethics Commissioner Mario Dion after the Liberal government gave WE Charity a $43.53-million contract to administer a $900-million student grant program despite both their families having close ties to the charity.

Conservative finance critic Pierre Poilievre said playing “musical chairs” with the cabinet will not allow the Liberals to overcome the government’s failures.

There have been media reports that Morneau and Trudeau were at odds over policy options, but Poilievre rejected that claim as “fiction.”

“We all know it was scandal that brought Mr. Morneau down,” he said. “In fact, we now have a government of corruption, coverup and chaos at a time of a deadly pandemic and the biggest economic collapse since the Great Depression,” he said.

Asked repeatedly if the Conservatives would try to trigger an election, Poilievre said his party would use its “strength in numbers” to uncover the truth and to hold the government to account.

“At some point in the future that decision will have to be made,” he said.

Poilievre said Morneau is a “boy scout” compared to Trudeau’s ethics breaches, and said the prime minister should resign.

Bloc Québécois Leader Yves-François Blanchet has said he will try to trigger a fall election if the prime minister, his chief of staff and the finance minister didn’t resign.