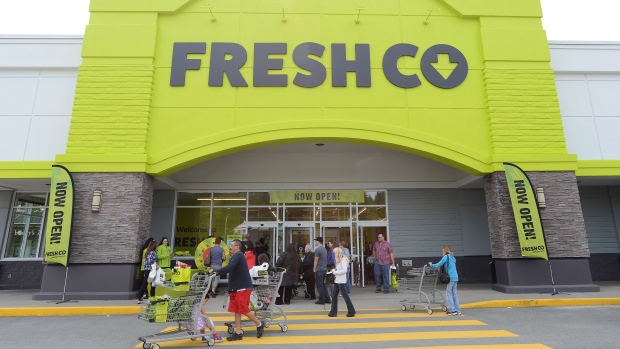 WINNIPEG — Winnipeggers will have a new place to shop for groceries as four new FreshCo locations are coming to the city.

Empire Company Limited, which owns Sobeys, Safeway, and FreshCo, made the announcement on Tuesday, saying it has been planning to convert underperforming Safeway and Sobeys locations into FreshCo over a five-year period.

The company said the four new locations will be opening in the Spring of 2021.

The FreshCo locations include:

• Pembina and McGillivray; and

Three of the locations are Safeway stores, which will close in September 2020 for renovations and construction.

The Safeway at Henderson and Bronx, which has been closed since 2015, will also have renovations done and is expected to be opened at the same time as the other stores.

The company said the pharmacies inside the three current Safeway locations will remain open during the renovations and that they will be located at or near the current locations.

Once FreshCo opens, there will be pharmacies in each of the stores.

There are currently two FreshCo stores in Winnipeg, with one located on McPhillps and the other on Lagimodiere. Both locations opened on May 2, 2019.

The company said it will announce the official opening dates when they are known.