TORONTO — Four men have been arrested and a total of 30 charges have been laid after an innocent 14-year-old boy was violently abducted in early March for his step-brother’s alleged involvement in a drug rip-off worth more than $4 million – and Toronto Police Chief Mark Saunders says the investigation is not over yet.

While announcing the arrests at a news conference on Thursday morning, Saunders said his “primary reason for being here” is to help investigators find a fifth suspect.

“We’ve got one person, you have photos of that person and that’s the key reason why I’m here today,” the police chief said. “We want this person located, apprehended, he does pose a danger to the community and we want to bring everyone involved in this before the judicial system.”

In the evening hours of March 4, an Amber Alert was issued for a teenage boy after police say he was tackled to the ground and forcibly pushed into a Jeep Wrangler in the area of Jane Street and Driftwood Avenue while walking to school at around 8:30 a.m.

Witnesses told police at the time that they heard a boy screaming “help me, help me” as two men forced him into a waiting vehicle.

“The service has confirmed that the young man was not, and is not, involved in any criminality whatsoever,” Saunders said on Thursday.

The boy’s parents reported him missing to authorities shortly before 5:30 p.m. that day, leading investigators to describe the earlier incident reported by witnesses as a possible abduction.

Officers found the boy safe but “dishevelled” inside an abandoned barn northwest of the city nearly 40 hours after he was last seen. 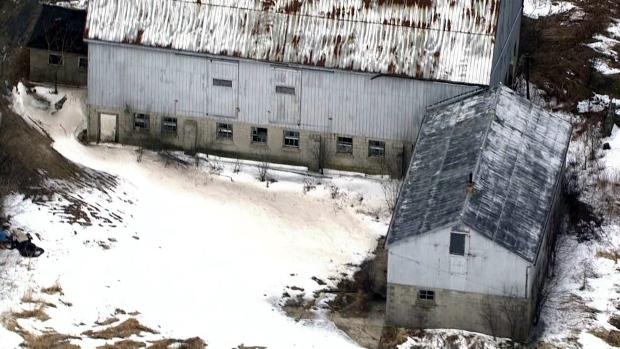 An uncle later told CTV News Toronto that his nephew had no memory of what had occurred.

“When he woke up he found himself in the barn,” the uncle said. “He was in a construction uniform. They put that on him. He was asleep the whole time. He doesn’t know anything.”

Two days after the abduction took place, Saunders said the likely motive was his step-brother’s alleged involvement in a 2019 drug rip-off worth more than $4 million.

Abduction had ‘tremendous impact’ across the city

Speaking at Thursday’s news conference, Saunders said the teenage boy “went through a lot of terror” that day, adding that his step-brother put the entire family “in harm’s way.”

“I can’t imagine what it would be like for not just that young boy, but also the family and anyone who had any feelings towards him,” Saunders said. “It had a tremendous amount of impact right across the city.”

“A lot of people had a lot of concerns, a lot of worry, including some of the members involved in the investigation. It was a very emotional investigation for a lot of us.” 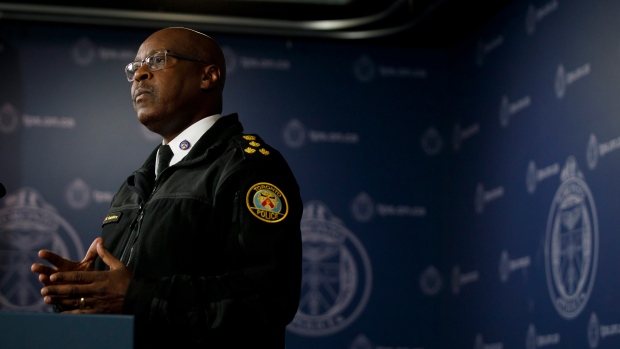 The police chief said he did not want to provide any further details on the investigation “out of respect for the family.”

The four men now in custody were all arrested on Tuesday, Saunders said.

They have been identified as 37-year-old Scott McManus, of Toronto, 38-year-old Samir Abdelgadir, of Mississauga, 25-year-old Liban Hussein, of Toronto, and 30-year-old Hamed Shahnawaz, of Brampton.

The four men are facing a combined 30 charges, including conspiracy to commit an indictable offence, kidnapping for ransom, uttering threats of death, and possession for the purpose of trafficking cocaine and marijuana.

Multiple search warrants were executed by officers in connection with this investigation on Tuesday. At the time, Saunders said officers seized a kilogram of cocaine, 70 pounds of marijuana, $130,000 in cash, body armour and multiple phones and electronic devices.

Investigators are continuing to search for a fifth suspect identified as 29-year-old Solaiman Nassimi, of no fixed address. 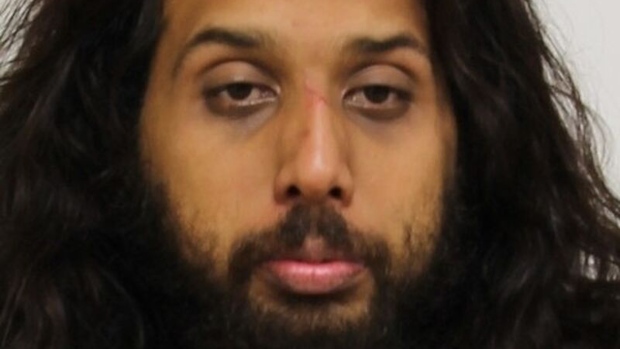 “Our investigation is ongoing,” Saunders said. “It is possible that there may be more arrests and more charges as we investigate.”

Anyone with further information regarding this case is asked to contact police or Crime Stoppers.