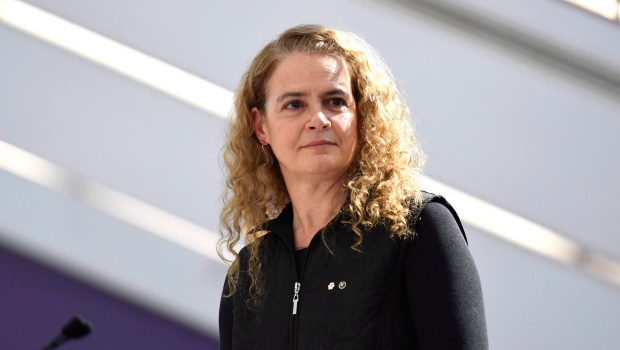 WINNIPEG — The Governor-General of Canada has recognized a small number of Canadians to be honoured for their excellence, courage, or exceptional dedication to service. Among those honoured are four Manitobans.

On Canada Day, Julie Payette, the Governor-General of Canada, issued the list of 123 ‘Remarkable Canadians.’

Winnipeg’s Catherine Ross was awarded the Meritorious Service Medal – a decoration given to Canadians for exceptional deeds that bring honour to the country – for her work with KIDS Initiative.

Ross founded the Winnipeg-based not-for-profit that works with communities around the world to combat poverty, find sustainable food and water solutions, and improve access to health and education.

The idea to create KIDS Initiative was sparked more than 10 years ago when Ross went on an outreach trip to Kenya.

“It was the first experience travelling abroad, the first time ever experiencing extreme poverty, and so really getting a great sense for the lack of resources in developing communities and truly how fortunate we are here in Canada,” she said. “So I came back with a huge passion and dream to be able to push this agenda forward in really wanting to see a bit more of a balance in terms of resources.”

Ross said the team at KIDS Initiative is volunteer-based and is just finishing up on a project at a refugee camp, and recently secured funding from Global Affairs Canada to begin work on an HIV AIDS Resource Centre.

“I’m so honoured and so appreciative of it and the organization is just so grateful because it allows us to have a little bit of light shone on the organization,” she said. “To be able to have people that maybe didn’t know about us before have the opportunity to maybe learn a little bit more about what we’re doing in hopes that maybe there will be some future support.”

Sharon Faye Thorn, from The Pas, was recognized with the Sovereign’s Medal for Volunteers for her support of veterans for 13 years with the Salvation Army and the Royal Canadian Legion.

Major William Worden of Winnipeg was also awarded the Sovereign’s Medal for Volunteers for organizing community fundraisers and sharing the history of Scottish culture in Manitoba for 30 years.

A news release from the Governor-General said the recipients will be invited to attend their award ceremonies when ‘global circumstances’ allow.