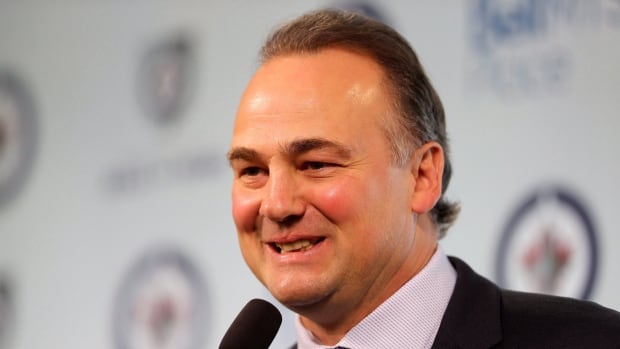 Hockey Hall of Famer and former Winnipeg Jets star Dale Hawerchuk has died after a battle with stomach cancer.

Hawerchuk’s son Eric announced his death via Twitter on Tuesday.

“After an incredibly brave and difficult battle with cancer, our dad has passed away. My family is so proud of him and the way he fought,” Eric wrote.

Hawerchuk took a leave of absence from his position as head coach of the Ontario Hockey League’s Barrie Colts this past September after his initial diagnosis of stomach cancer.

In July, his son Eric said the disease had resurfaced after the former NHLer had completed his first round of chemotherapy in April.

Hawerchuk was drafted first overall by the Jets in 1981. He went on to play nine seasons in Winnipeg and five in Buffalo before finishing his distinguished 16-year NHL career with stints in St. Louis and Philadelphia.

At five-foot-11 and 190 pounds, Hawerchuk wasn’t blessed with size or blistering speed, but the five-time all-star had a knack for getting to loose pucks and then creating something out of nothing. He could breeze past opponents and knew what to do when he neared the goal.

In 1987, Hawerchuk made history with Wayne Gretzky at the Canada Cup in Hamilton. He won the faceoff in his own end that led to a Gretzky-Mario Lemieux rush and Lemieux’s famous winning goal in a 6-5 victory that decided the tightly contested three-game series against the Soviet Union.

When he was inducted into the Hall of Fame, the Jets were no more, but he said the Jets “are etched in my mind every day that I live.”

The franchise moved to Phoenix in 1996 and became the Coyotes. Eleven years later, Hawerchuk joined Bobby Hull and Thomas Steen on the Coyotes’ ring of honour.