REGINA — Joe Murphy, a former NHL player and 1990 Stanley Cup winner is living on the streets in Regina.

He was one of the most promising hockey players of his generation, after being selected first overall in the 1986 NHL entry-level draft. He played 15 years in the league, including the year he won the NHL title with the Edmonton Oilers. 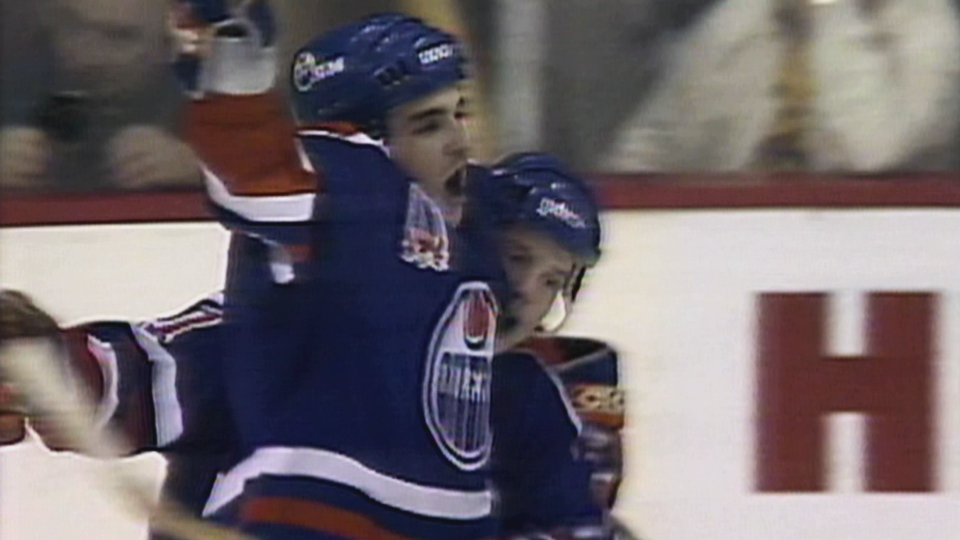 However, when his career ended in 2001, his life changed.

Two years ago, TSN found the former winger living in Kenora, Ontario under similar circumstances. It’s believed the concussions he sustained in the NHL led to health problems.

“The concussions I had, I had a couple of them. A couple were really severe,” Murphy said.

His family started to notice a change in his personality.

Murphy believes the current concussion protocol in the NHL is “excellent”, but it wasn’t the same when he played between 1986 and 2011.

“Back at that point I don’t think they handled it as well,” said Murphy. “You know, the Doctors now are with the team 24/7. Back when I played the Doctor didn’t even travel with the team.”

New studies have revealed that repetitive brain trauma, known as CTE, can lead to impulse control problems and aggression. Murphy compared his concussions to a “slow burn.”

“The concussions kind of just slow you up physically. And then there’s a drain period and I think you get kind of lethargic on them,” said Murphy.

Murphy made it clear he’s trying to get off the streets, but it’s an uphill battle.

“It’s hard, I get into places and there are people fighting,” said Murphy about the low-income housing he frequents. “There’s a lot of drugs, a lot of fights and alcohol.”

The 53-year-old believes his former employer, the NHL, should provide him with assistance.

“It’s a small club, like a country club. There’s not a lot of players in it, so I think they should try to look after all of them and the money’s there to do it,” noted Murphy.

He insisted his issues aren’t the league’s fault, but feels they can offer more help.

“I think they should have some centres, like major cities like Toronto, Montreal, LA, California where players can go into a hockey-only sports rehab facility,” said Murphy.

Murphy said that he came to Saskatchewan to visit a friend in Saskatoon and that it’s his first time in the province. However, he plans on heading back to Ontario when the opportunity presents itself.

“I’m still enjoying life, I love it, I’m kind of moving around, and I’m on the street and I’m in a shelter,” said Murphy. “I just want to get a place where I can get into a steady rental place.”