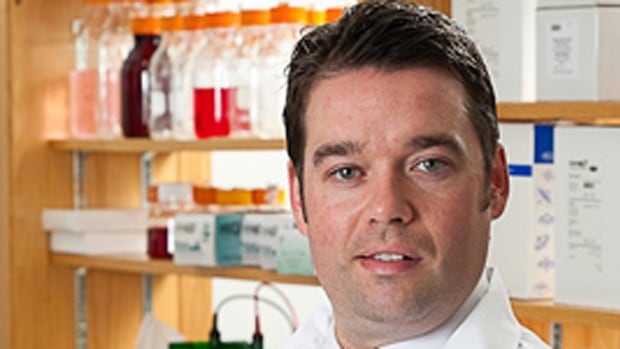 Matthew Gilmour is leaving his job as head of the National Microbiology Lab in Winnipeg to take his family on “a big adventure.”

Gilmour announced late last week that he would be travelling across the pond to the United Kingdom to work for the Quadram Institute Bioscience.

Though the announcement seemed sudden, Gilmour told CBC Information Radio host Marcy Markusa that it was not.

“It’s a personal choice that [my wife and I] made a few months ago,” he said. “We’re a young family with two young boys, and we’re actually just up for a big adventure.

“I’ve done a lot of training in the United Kingdom, [I have] a lot of colleagues there, and a few months ago an opportunity came up and we decided to chase it.”

Gilmour’s departure comes amid a global pandemic, and he is departing from an institution that is leading Canada’s research into the novel coronavirus that causes COVID-19.

Gilmour said it was tough to leave at this time, but he’s proud of the work the lab has done, especially when it comes to increasing capacity for COVID-19 testing.

Poliquin is an infectious disease pediatrician and has conducted research for several vaccines, including one that’s being developed to prevent haemophilus influenza serotype a (hia), which causes pneumonia, blood poisoning and meningitis.

“He’s got a really well-rounded perspective on how to interact and prevent infectious diseases, but he’s also a scientist as well. His role in this COVID response has been absolutely phenomenal.… He’s been a really, really strong voice in the [National Microbiology Lab’s] response to this disease.”