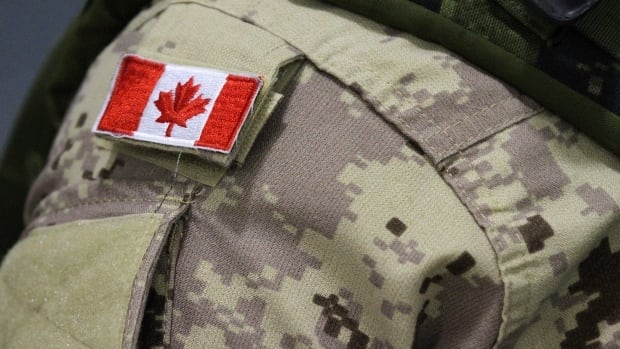 A retired Winnipeg air force officer is suing the Canadian government over an alleged case of mistaken identity after he was charged with sexual assault, only to have the case dropped after it was determined he had the same middle and last name as the person meant to be charged.

The claim was filed in Manitoba’s Court of Queen’s Bench last week. It seeks damages for the recently-retired officer, who served 36 years in the Canadian Armed Forces and Royal Canadian Air Force.

The man alleges in court documents that the “egregious error” has “forever soiled his image and reputation within the Royal Canadian Air Force”.

The officer was formally charged Aug. 29, 2019 at 17 Wing air force base in Winnipeg with one count of sexual assault under Section 130 of the National Defence Act.

At the time, it was alleged that he sexually assaulted a Canadian Armed Forces member in 1996 at Kingston, Ontario.

Despite his repeated requests during the investigation, he alleges he was not provided with the identity of the complainant nor any details on the specific allegations.

The plaintiff also alleges he was not provided with a full disclosure package until after the charge was laid.

He was then informed by a colonel that the Canadian Forces National Investigation Service (CFNIS) “had identified and charged the wrong person; apparently there was a CAF (Canadian Armed Forces) noncommissioned officer with an identical middle and surname but different first name,” according to the man’s statement of claim.

It said the plaintiff worked in a different branch of the air force than the individual who was the proper target of the investigation.

Within moments of learning about the error, the colonel notified the air force chain of command, according to the claim.

Nevertheless, a news release detailing the charge was distributed Sept. 9, 2019, identifying the plaintiff by name. The man’s claim alleges it was issued with the full knowledge that the wrong person had been charged.

There are multiple individuals with the same surname within the 100,000 members of the air force in Canada, the plaintiff alleges. When he searched online “it took him less than a few minutes to learn the identity of the proper suspect’s name and present location,” the claim says.

Four days after the news release, the plaintiff got a phone call from a senior officer advising him he was “no longer a person of interest” and that the charge would be withdrawn.

The plaintiff alleges the original news release remained on the Canadian Air Force website for more than seven days before it was removed at the plaintiff’s request.

Two days after the release was removed from the website, the Canadian Forces investigation service published a notice that the charge had been withdrawn and the plaintiff was “no longer a suspect or person of interest”, according to the claim.

It alleges that at no time did the defendants “indicate in any press releases or any other public manner, that they had simply made an egregious error, and that the plaintiff was simply the wrong person, and had nothing to do with the allegations whatsoever, nor did they provide any apology to the plaintiff.”

The individuals named as defendants were involved in the sexual assault investigation “but none of them bothered to check with the alleged complainant whether the plaintiff was the person who assaulted her,” the court document says.

It also alleges the air force has a photograph of each member, but at no time did the investigators show the criminal complainant a photo of the plaintiff, “which would have demonstrated he was not the proper suspect.”

The plaintiff alleges the press release announcing the sexual assault charge was defamatory and subjected him to contempt and disrespect.

His claim says he felt compelled “as a husband and parent, and a child of living parents, to advise them of the allegations being made against him; this created an intense hardship on the plaintiff.”

The court document calls the defendants’ conduct “grossly negligent” and a case of malicious prosecution.

The refusal of the investigative service “to issue a second press release acknowledging their error and stating that the plaintiff was simply the wrong person named by virtue of an egregious and outrageous mistake, further complicated and exacerbated the damages suffered by the plaintiff,” the claim says.

The lawsuit seeks special damages for income loss and pension deficiencies, alleging the criminal allegations caused the plaintiff to lose a promotion and the associated pay increase and pension benefits at retirement.

CBC News contacted National Defence and justice department officials for a response to the lawsuit but did not receive a reply.

The allegations have not been proven in court.

The plaintiff’s lawyer, Robert Tapper, told CBC News his client declines to comment on the lawsuit.

In addition to the Government of Canada, the statement of claim names six individuals as defendants in connection with the sexual assault investigation.

A statement of defence has not yet been filed.