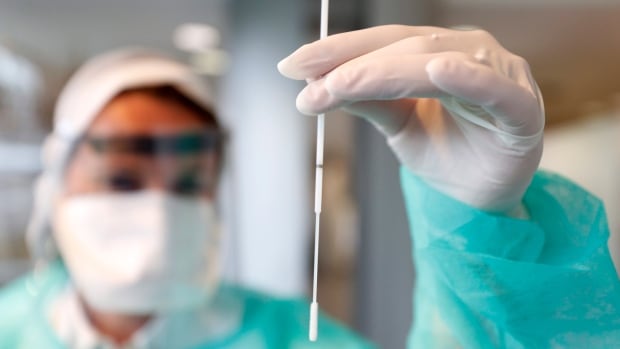 A Manitoba health-care volunteer has tested positive for COVID-19 — the first time since May a health-care worker in the province has been confirmed to have the illness.

The volunteer from the southwestern Prairie Mountain Health region tested positive on July 23 and has since recovered, a spokesperson for Manitoba Health wrote in an email.

The individual got sick through close contact with a known case of COVID-19, the spokesperson said.

The last time a Manitoba health-care worker tested positive for COVID-19 was in the week of May 12-16, provincial surveillance data shows.

A total of 38 health-care providers, including the volunteer, have tested positive for the disease caused by the new coronavirus since the pandemic began, the province says.

That includes an outbreak at Winnipeg’s Health Sciences Centre in March, which forced at least 70 staff members to self-isolate and resulted in at least 10 cases of COVID-19 among staff. That outbreak was officially considered over in early May.

Twenty of the workers were sickened by close contact with a known case and 11 are listed as related to travel. Seven of the cases are of “unknown” origin, meaning they’re classified as community spread.

The case was added to the province’s data for the week of July 19-25. The data doesn’t show where the person lives or specifically when the positive result came back.

That week — the most recent for which the provincial surveillance data is available — there were a total of 54 new cases of COVID-19 in the province. That’s more than triple the previous week’s total of 17, and the highest weekly number of new cases in the past 2 ½ months.

While the overall trend has seen the majority of Manitoba cases based in the Winnipeg health region, most of July’s new cases were outside the city.

Winnipeg still accounts for the majority of Manitoba’s overall case numbers, however. Roughly two-thirds of all of Manitoba’s COVID-19 cases since the start of the pandemic were based in the Winnipeg health region as of July 25.

Forty-six per cent of Manitoba’s total caseload originated from close contact with a known case as of that date, provincial data says. Almost 42 per cent came from travel.

Just over 10 per cent of cases were of unknown origin, meaning they qualify as community spread, as of July 25.